Thanks to intense training, Troopers with this Special Skill have superior hand-to-hand skills that translate into advantages to their Close Combat abilities. 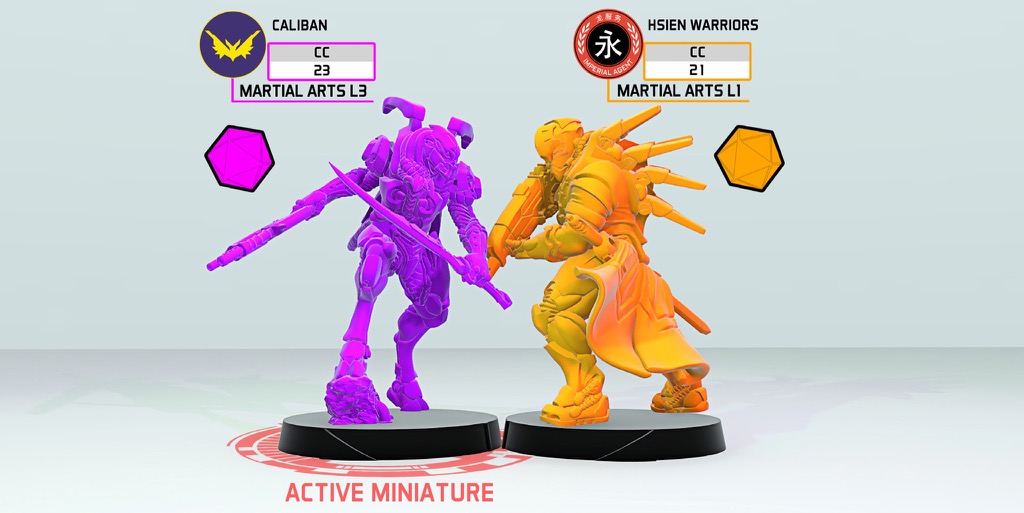 The Caliban must apply the following MODs:

The Caliban's Success Value is calculated:

The Hsien must apply the following MODs:

The Hsien's Success Value is calculated:

Cuervo Goldstein, with his Martial Arts L4, declaresCC Attack during his Active Turn, against a Yīshēng Doctor and his Peripheral (Servant).

The Reactive Player declares CC Attack, choosing the Doctor to make his CC Attack. The Doctor will receive +1B in CC since his Peripheral is in the combat.

Both Players apply their different MODs:

Cuervo Goldstein will perform a CC Face to Face Roll with one die against the Yīshēng's two dice in ARO.

Although it seems like Cuervo Goldstein is at a disadvantage, analyzing the possible outcomes of the Face to Face Roll reveals the following:

The Yīshēng's CC was reduced from 15 to 12. Although he rolls two dice, his chances of winning the Face to Face Roll are slim.