Troopers with this Special Skill have several bodies available on the game table they can activate, jumping from one to another to always be in the thick of the action. 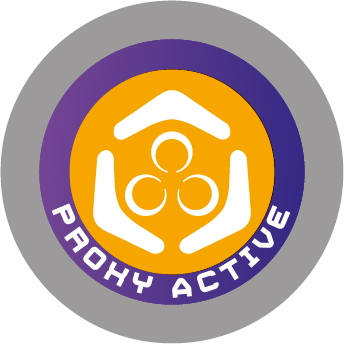 The player must count separately each Proxy's Cost Attribute value of its Unit Profile.

If the G: Jumper Trooper is the Lieutenant and all his Proxies are in Isolated State or any Null State, that will result in a Loss of Lieutenant situation. This situation can be cancelled normally.

Placing an Active Proxy Token beside a Proxy that is in a Marker State (Camouflaged, Impersonation, Holoecho...) doesn't reveal the Proxy, because the Proxy hasn't declared any Skills yet.

The same applies to Hidden Deployment State, activating the Proxy doesn't reveal the Trooper. So, it is not required that the player place the Active Proxy Token on the game table until the moment he declares an Order or ARO with the hidden Trooper.

When a player moves a G: Jumper Trooper into a different Combat Group, he will move all the Proxies, as they are considered to be a single Trooper in each Combat Group. 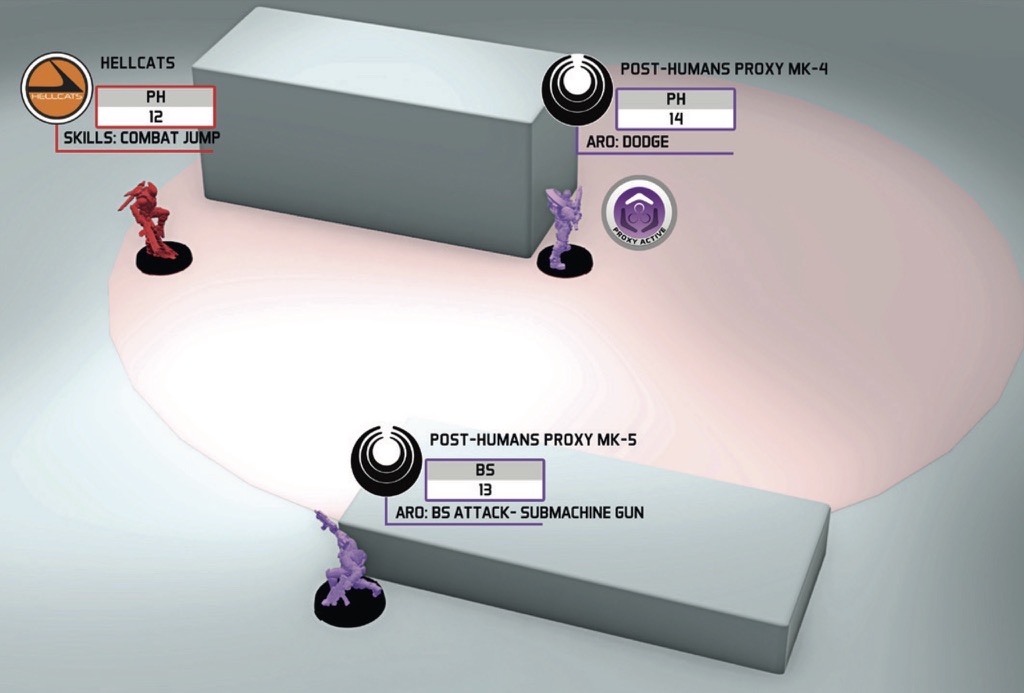 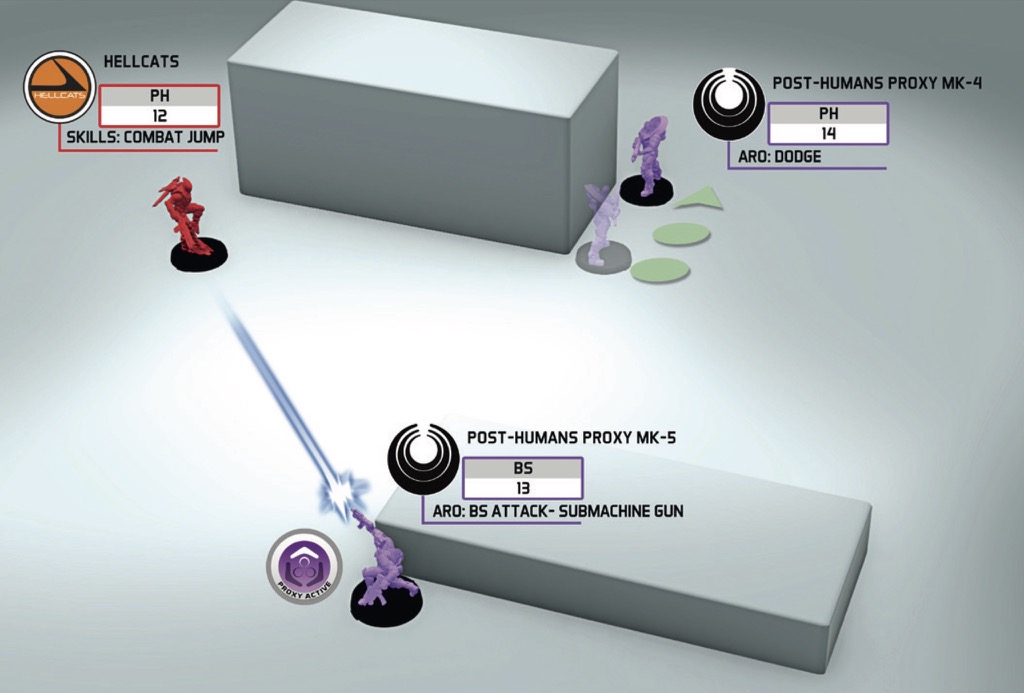 Since the Hellcat’s Combat Jump is an Entire Order, no Face to Face Rolls are made with the Proxies. Both Proxies pass their Rolls, so the Hellcat must make a Saving Roll and the Proxy Mk.4 can use Dodge movement and face in the direction its player wishes.

A: No. The Active Proxy Token can be moved, and Inactive Proxies can use Dodge and Reset AROs, whenever AROs are generated.