The user of this Special Skill can secure his point of deployment by placing a Mine, or other Deployable Weapon or piece of Equipment he carries, nearby to prevent enemy Troopers from approaching.

Example of Allowed and Prohibited Areas 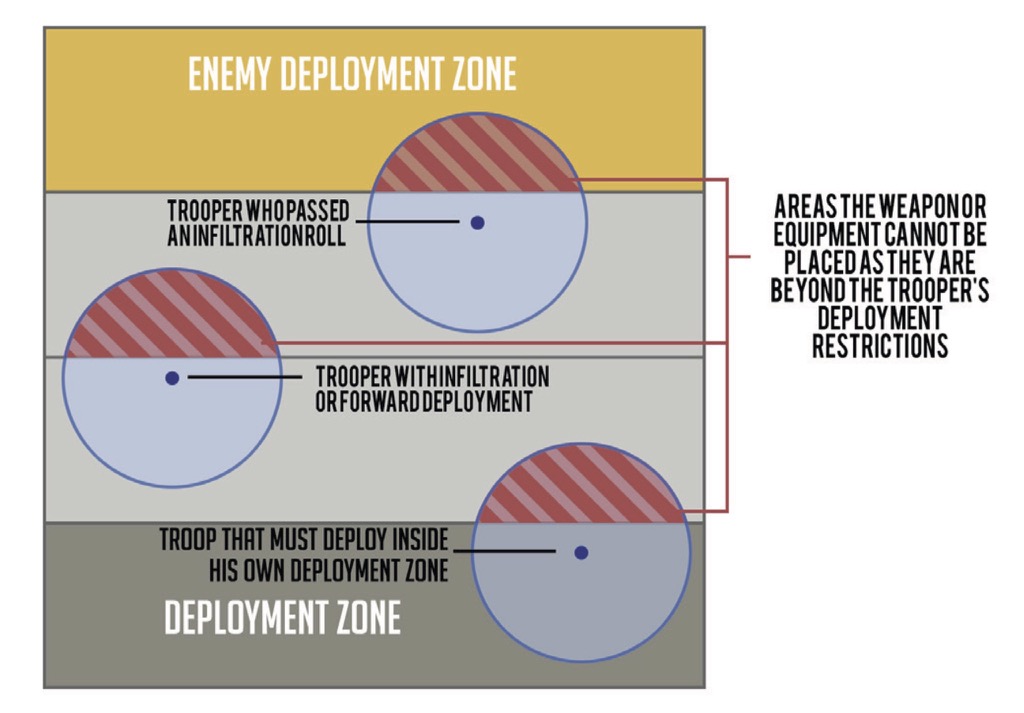 Example of Minelayer and Infiltration

During the Deployment Phase, a Croc Man Minelayer uses his Special Skills of Infiltration and Hidden Deployment to place himself in the enemy half of the table. The player, though not placing a Model or Marker representing the Croc Man on the table, may still lay a Mine within the Zone of Control of the Croc Man, but always outside of the enemy Deployment Zone.

If the Infiltration Roll is failed, besides losing the ability to deploy in Marker and Hidden Deployment States, the Mine that was laid next to the Trooper will be removed from the gaming table.