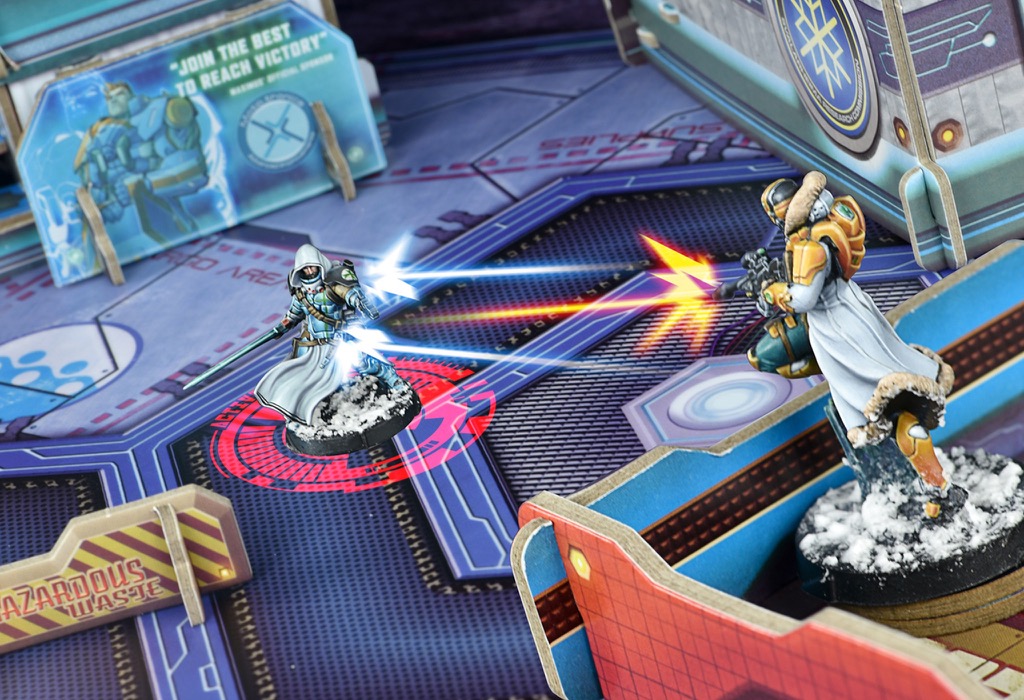 Infinity recreates Direct Action operations, which are quick, lethal, and very risky. The player assumes command of a small group of elite troops engaging in undercover and clandestine operations.

Infinity is an innovative game system, dynamic and entertaining, which allows all players to participate during the entire gaming sequence. It possesses a great amount of realism and flexibility, providing players with a wide variety of tactical and strategic maneuvers to employ during the game.

Infinity is a competitive game that pits two rival armies against each other in a struggle to complete a series of tactical objectives. The game has a duration of three rounds, or ends when the units of a player have been eliminated. Mission details and the different End-Game modes that determine the winner are described further below.