Troopers with this Special Skill have an uncanny ability to sense imminent threats.

A successful Dodge can cancel Engaged State if the Trooper can reach a valid position that is outside Silhouette contact. 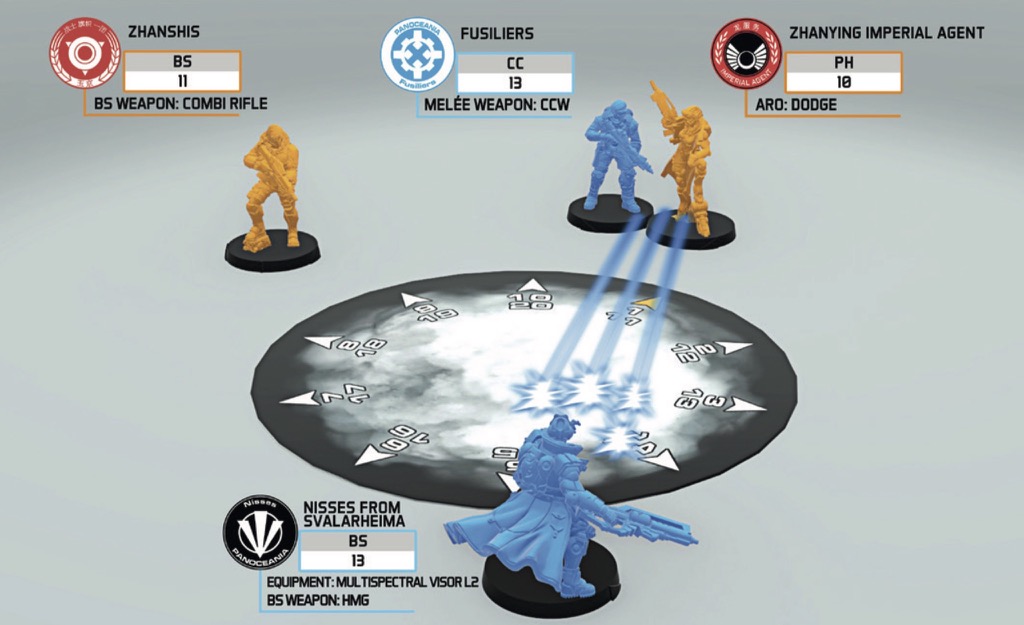 During his Active Turn, a Nisse HMG advances in cover behind a Smoke Template. There are no AROs to his advance because the Zhanshi does not have LoF due to the Smoke and the Zhànying is Engaged in Close Combat with a Fusilier.

With his second half of the Order, the Nisse decides to declare BS Attack against the Zhànying, so he will have to apply the MOD for a BS Attack Into a Close Combat.

As the Zhànying has Sixth Sense and is the target of an Attack, he can declare Dodge if he wants to avoid the Nisse's shots.