Some examples of Perimeter Weapons are CrazyKoalas, MadTraps, WildParrots, and all other Weapons or pieces of Equipment with the Perimeter Trait.

Perimeter Weapons and the Boost Trait

These devices have been specifically designed to protect the immediate perimeter of their user, and also to detect and/or dissuade intrusion attempts during the user's security duties.

In the Glossary you can consult all the Traits that indicate how a weapon operates. 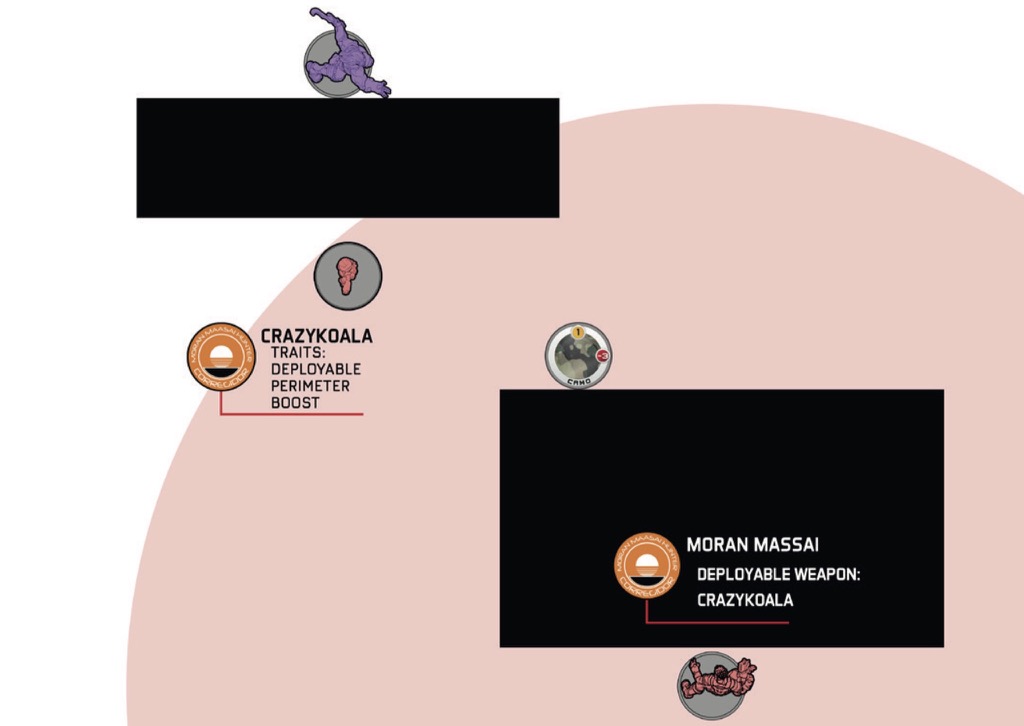 During his Active Turn, a Moran Masai Hunter wants to intimidate a Jujak that is clearly out of his range, dissuading him from carrying out an attack. 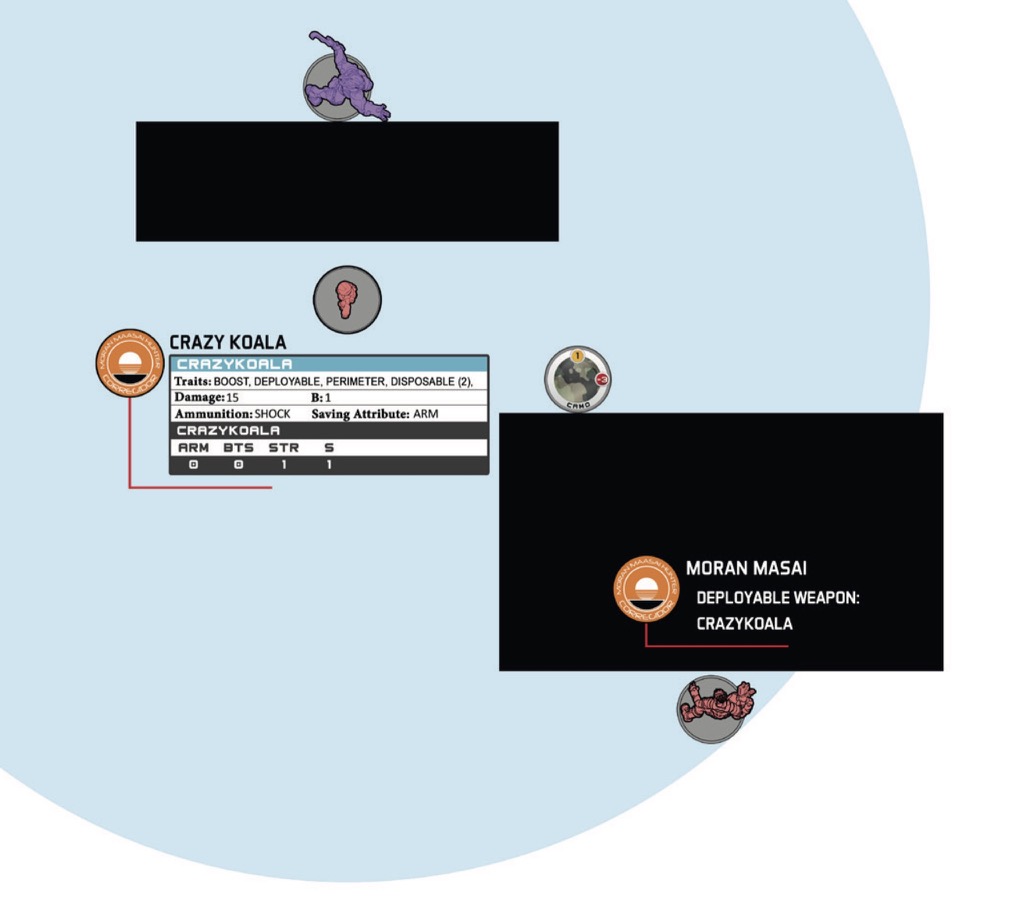 Once placed on the gaming table, when the Order concludes, the CrazyKoala is considered to be in play on the game table. From that moment on, it will perform Boost, detonating against any Enemy Model that declares or performs an Order or ARO within its Zone of Control.