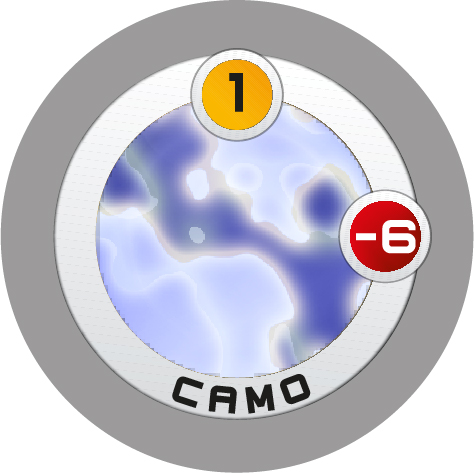 However, a Weapon or piece of Equipment in Camouflaged State will have a Silhouette (S) value of 2.

The Camouflaged State is cancelled whenever:

Cancellation of the Camouflaged State is applied to the entirety of the declared Order, even if the Skill revealing the Camouflaged Trooper is performed at the end of the Order.

Camouflaged Markers (CAMO) may be indirectly affected by Template Weapons if another non-Camouflaged Enemy Trooper is designated as the Main Target.

A Camouflaged Caliban declares Move as their first Skill, moving until they reach Cover. 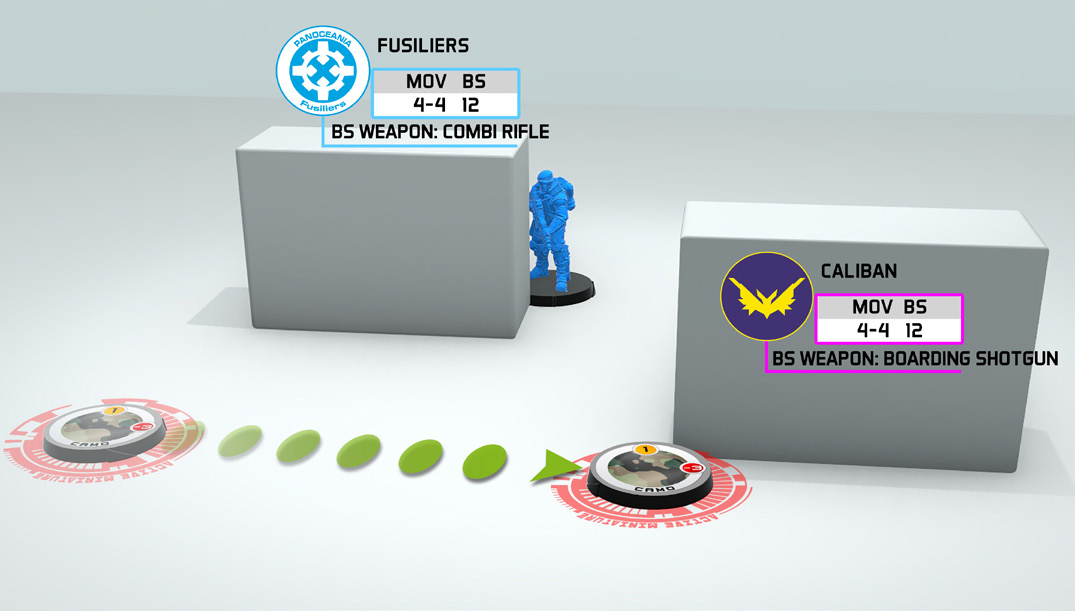 The Fusilier decides to delay declaring his ARO against the Marker. 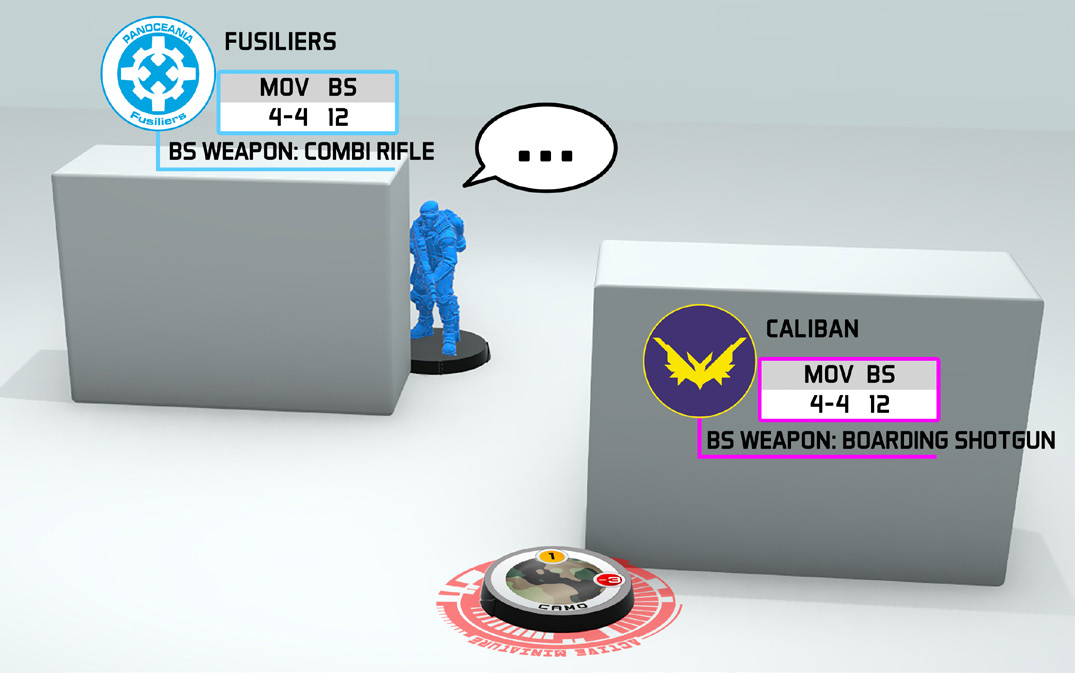 The Caliban declares BS Attack as the second Skill of their Order: He indicates that he will use his Boarding Shotgun in Burst Mode to shoot at the Fusilier from Cover, which is the closest point. 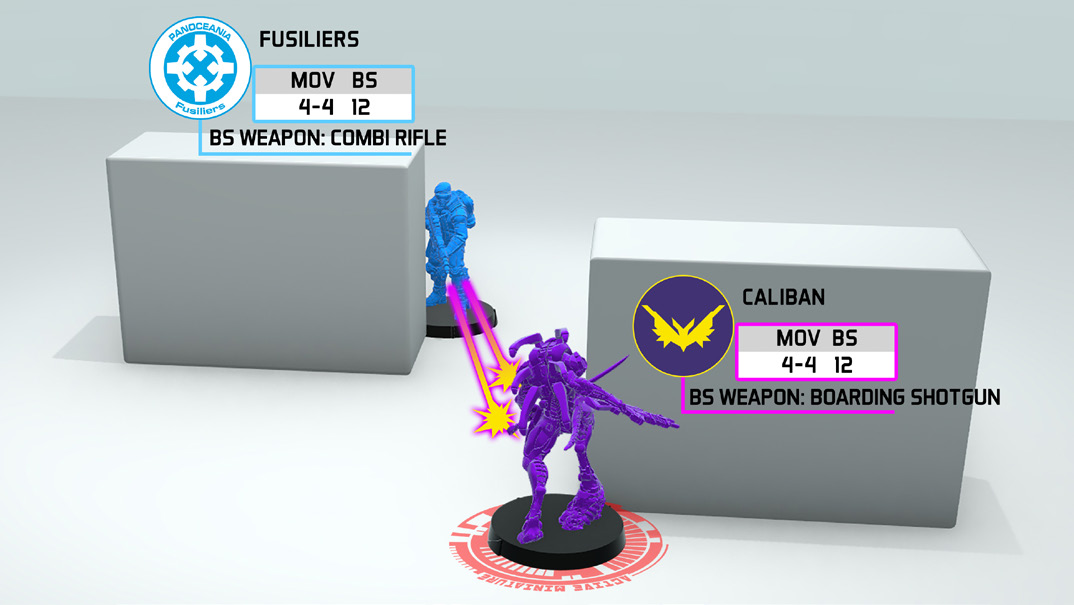 The Fusilier declares BS Attack with his Combi Rifle, before the Caliban reaches the Cover.

Remember that the cancellation of the Camouflaged State applies to the entirety of the Order. 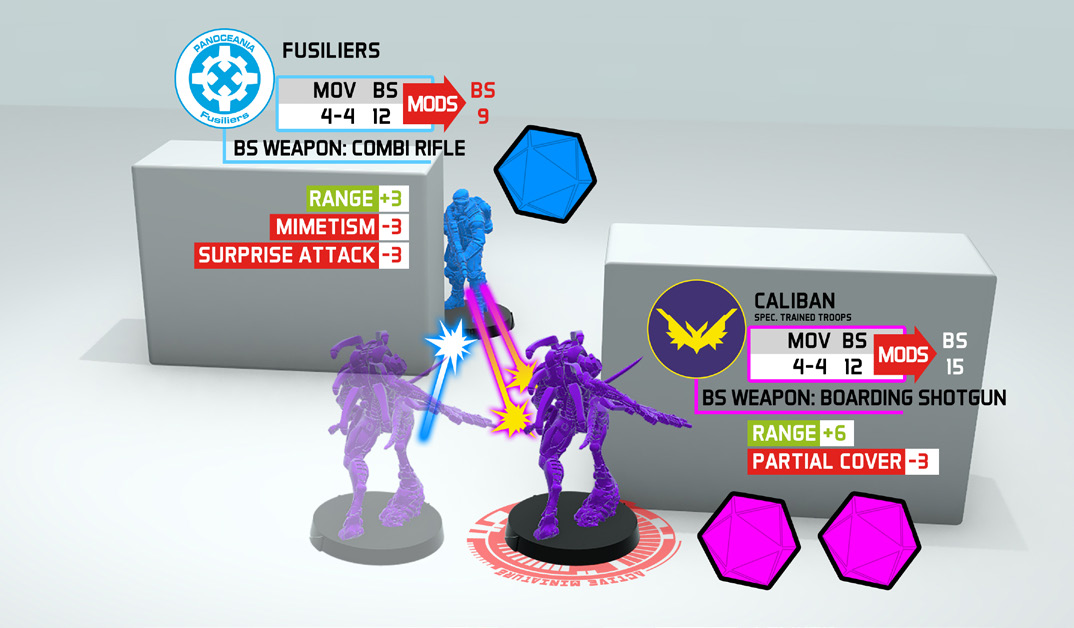 By declaring BS Attack as the second Skill of their Order, the Caliban has revealed himself for the entire Order, which includes his movement towards the point in Cover.

The distance between the points where the Skills were declared is measured, and the Face to Face MODs are calculated.