Mines are a type of Deployable Weapon used to control small areas of the battlefield and influence the movement of enemy troops. There are various types of Mines available, all of them work following the same mechanics, but they feature different types of Special Ammunition with their corresponding specific properties.

The Dodge movement during the 5.1 step of the Order Expenditure Sequence does not generate AROs or trigger Deployable Weapons or Equipment. 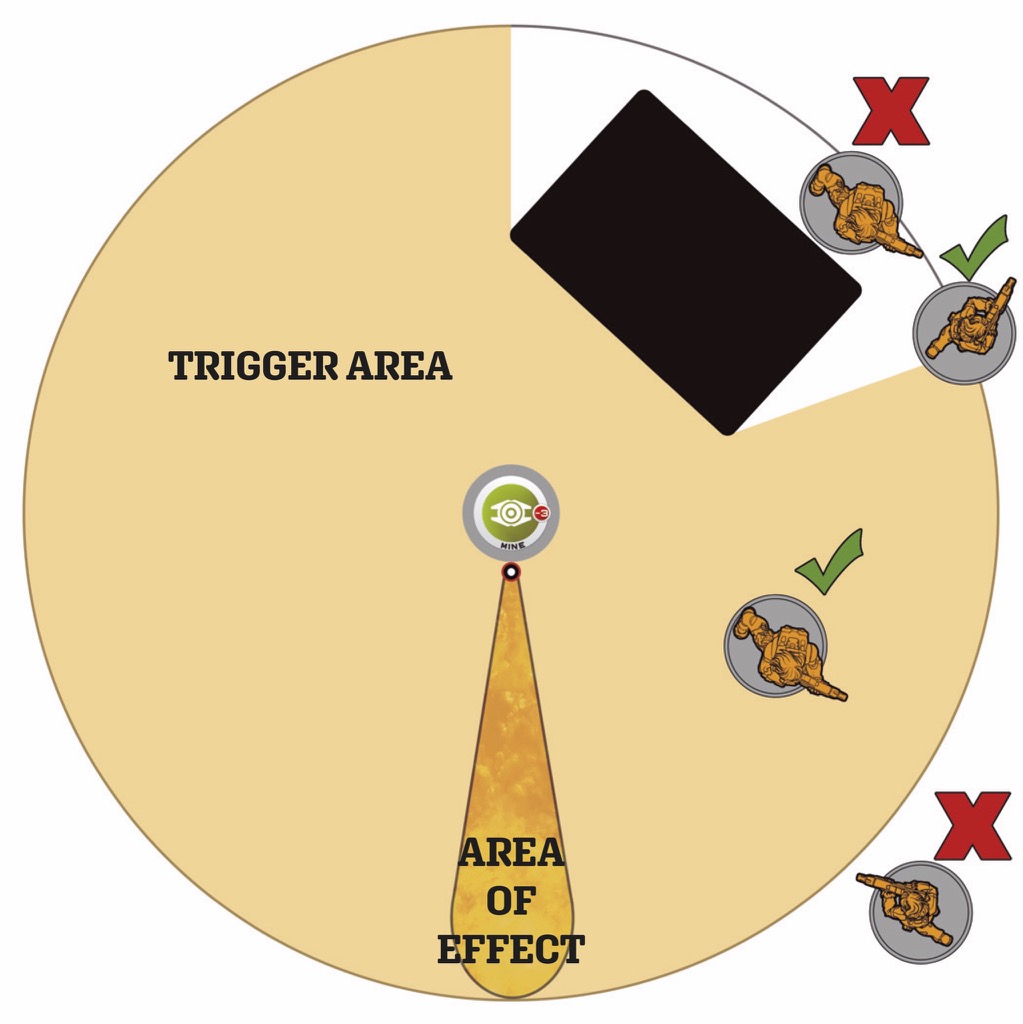