This rule is from the annex to the Infinity N4 ruleset, containing a series of rules, special skills, weapons and pieces of equipment which have been adapted to the N4 system, but with a provisional nature. Rules included here are completely official, however they may be modified in further expansions of the N4 ruleset. 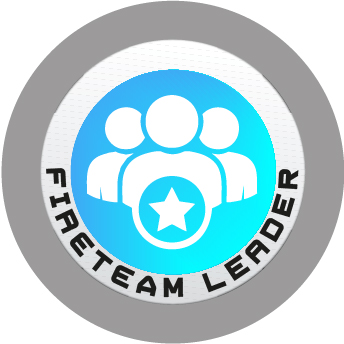 The Team Leader is not a fixed model, but can change from Order to Order as the player desires.

The Team Leader is identified by a Team Leader Token (F: TEAM LEADER) or equivalent, depending on the type of Fireteam.

Creation of a Fireteam

In that moment, the player can make a Coherency Check relative to the chosen Team Leader.

When creating a Fireteam that includes Wildcard Troopers, the player must include at least one Trooper from the Units listed for that Fireteam in the Sectorial chart, or a Trooper that counts as a member of one of those Units.

Changing the Team Leader allows any Fireteam member to take over when their Special Skills, weaponry, or Equipment are most required.