Difference between revisions of "Dodge" 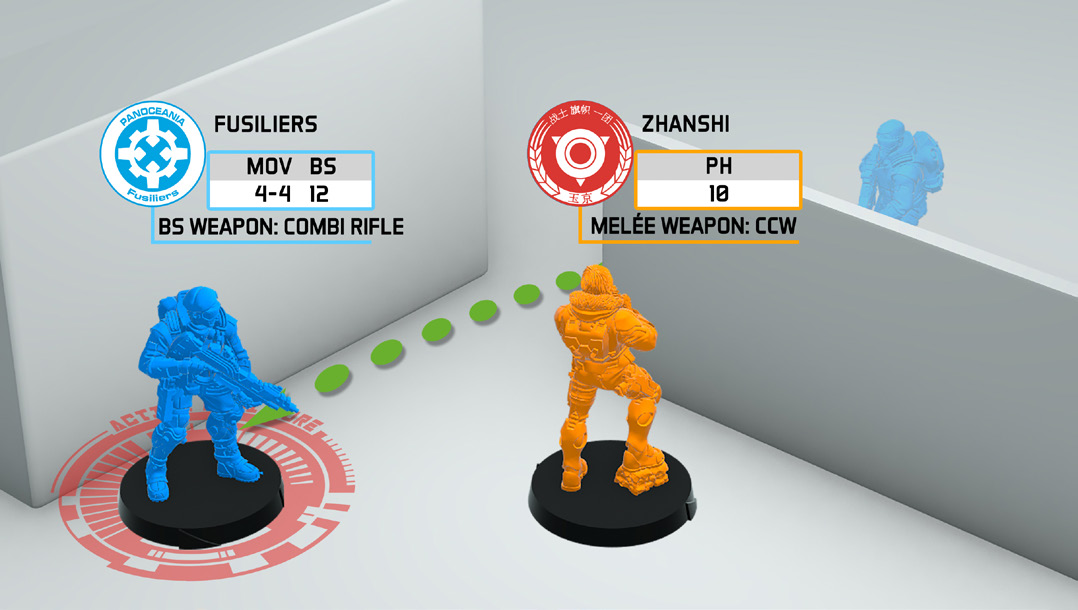 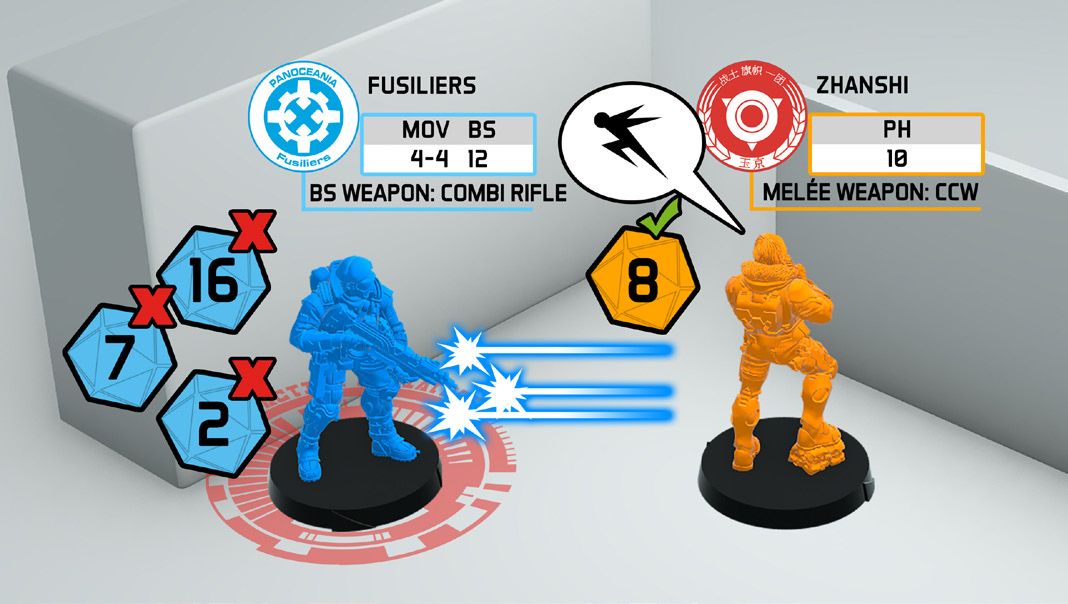 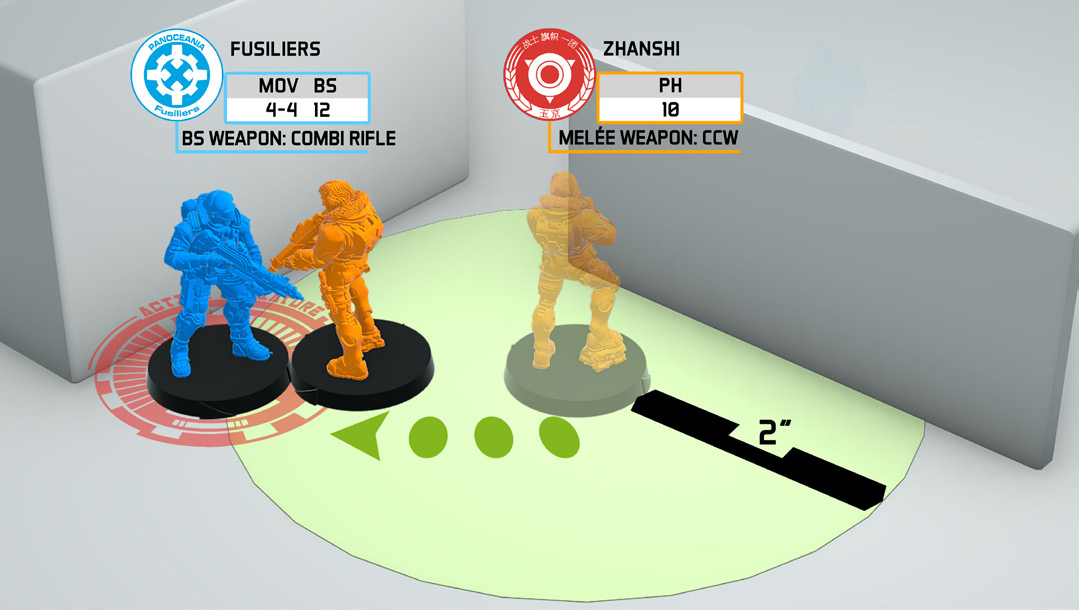 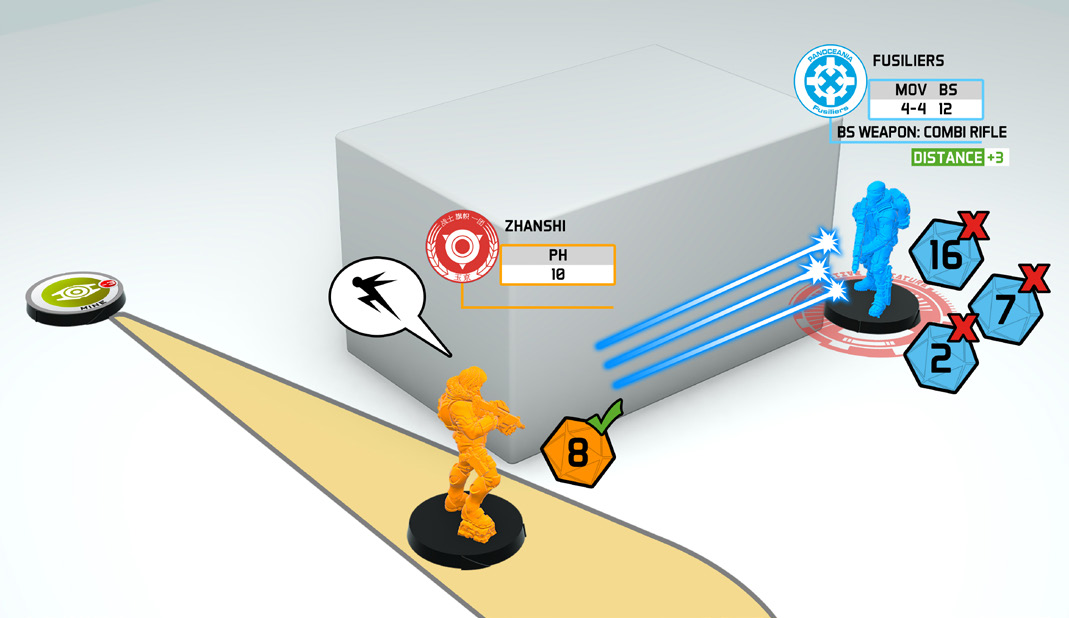 But the Mine hits the Zhanshi, since the Mine is a Deployable Weapon and it imposes a -3 MOD to Dodge. In addition, the Zhanshi lacks LoF to the Mine, so an additional -3 MOD will be applied due to Dodging a Template Weapon without LoF (a total of PH -6). (See FAQs & Errata. There is only one -3 MOD being applied.) Therefore, the Zhanshi would only avoid the mine if his die's result was 4 or less. By failing to Dodge the Mine's impact, the Zhanshi will also be unable to move up to 2 inches, even though he succeeded against the Fusilier's Attacks.

Q: Do State MODs all stack with each other? For example, if a Trooper is in IMM-B and Targeted State, do they apply a -6 MOD to all their Reset Rolls?

Q: Can the target Dodge the Berserk Attack?

A: No. Berserk does not produce Face to Face Rolls, so you will not avoid the Attack. A Successful Dodge Roll will only allow the Trooper to move and cancel the Engaged State.