This Common Skill allows the user to execute a BS Attack against a target outside LoF or, if he has a suitable weapon, to choose a location other than the target as the center of the attack.

In that case, both the target of the attack and the impact point may be chosen without needing LoF.

This is the procedure to perform a Speculative Attack: 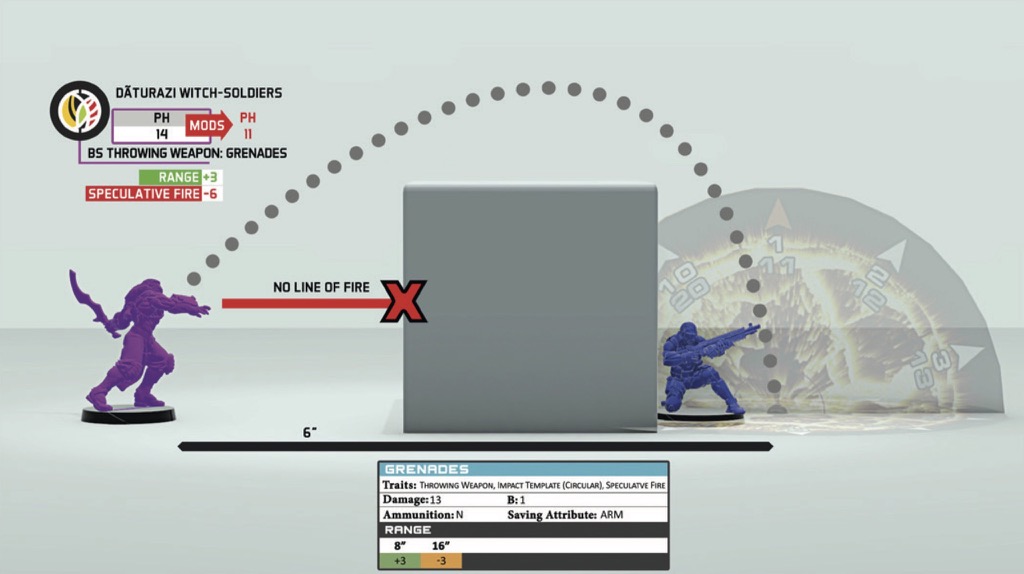 The following MODs will be applied to the Gangbuster's Dodge Roll:

The following MODs will be applied to the Dāturazi's Speculative Attack Roll:

Given that it is a Speculative Attack, the Dāturazi does not need to apply the Mimetism MOD (-3) of the Gangbuster, or any MOD due to Cover.