This Common Skill allows the user to clear obstacles and leap over small distances.

Measuring parabolas: the easiest way to measure a parabolic route is using a flexible tape measure, bending it for convenience. 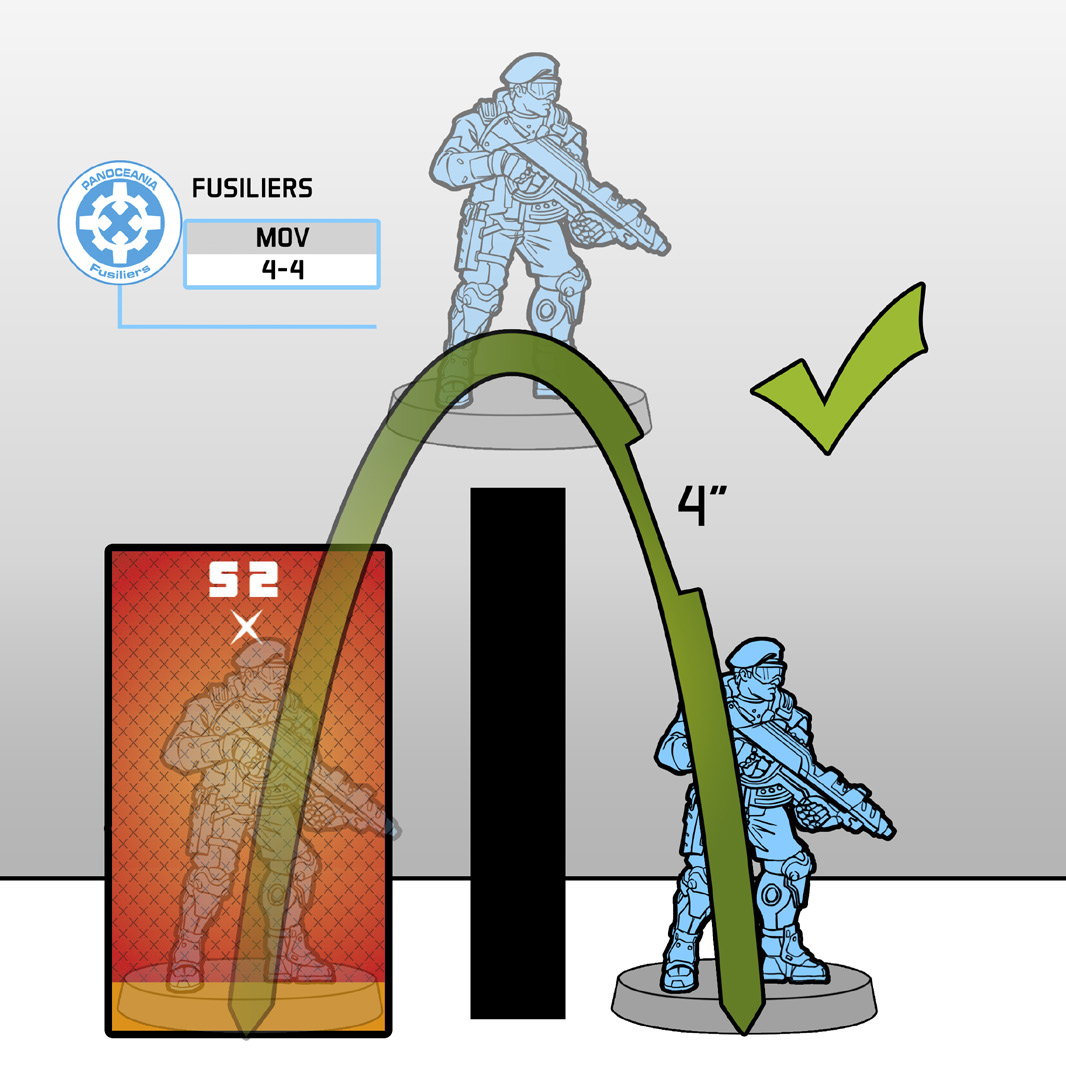 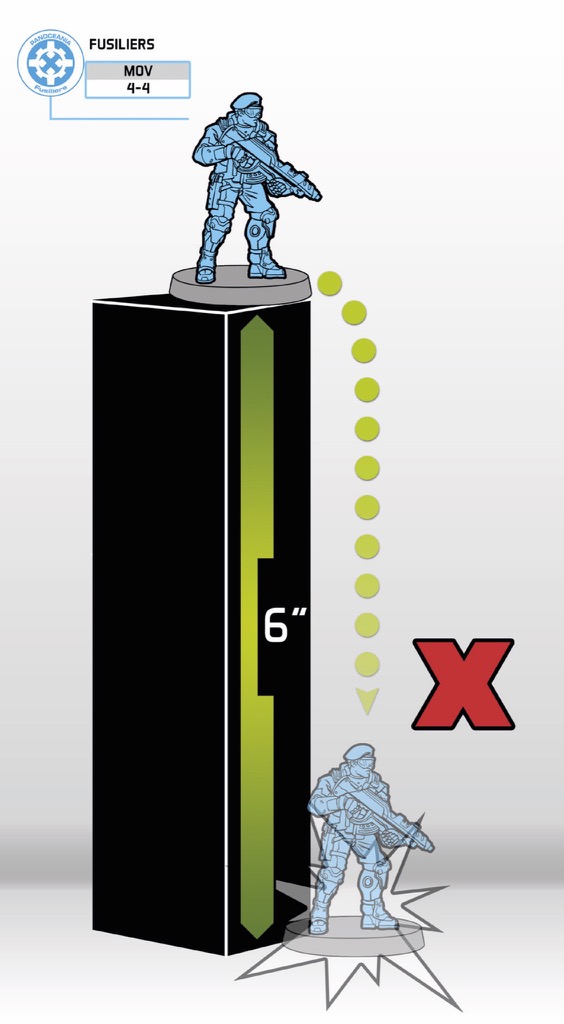 During his Active Turn, the Fusilier decides to get down from the roof of a building as fast as possible, by jumping down. He declares Jump and measures the height of the building, which is 6 inches. However, the Fusilier's first MOV value is 4 inches and he must choose a landing spot that he can reach. As he cannot Jump to a new location safely, he performs an Idle instead.

During his Active Turn, the Fusilier declares he is going to Jump from one roof to another. The player measures the distance and checks that it corresponds with the Fusilier's first MOV value, and that the landing spot is larger than his base, so he can choose the spot as the final location of his movement. 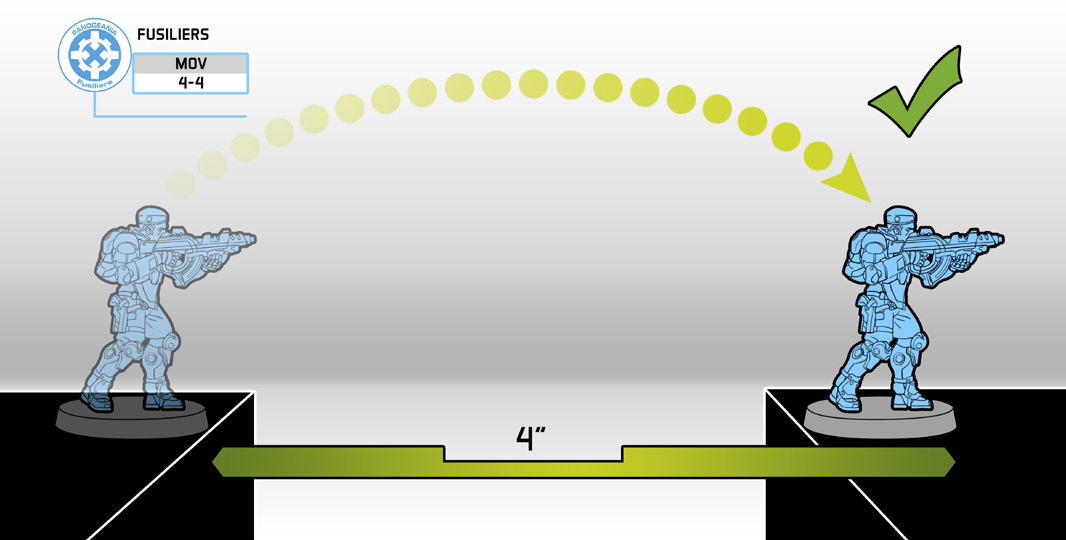 If the distance is bigger than his first MOV value, or if his base cannot be placed on the landing spot, then the Fusilier cannot Jump to that spot. He must choose a new landing spot he can reach and safely land on, or he performs an Idle instead.