Infinity uses 20-sided dice (commonly known as d20) to determine whether specific actions are successful. For example, players roll dice to find out whether their Troopers succeed in hitting their target in ranged combat, hacking into enemy systems, discovering a hidden enemy, etc. 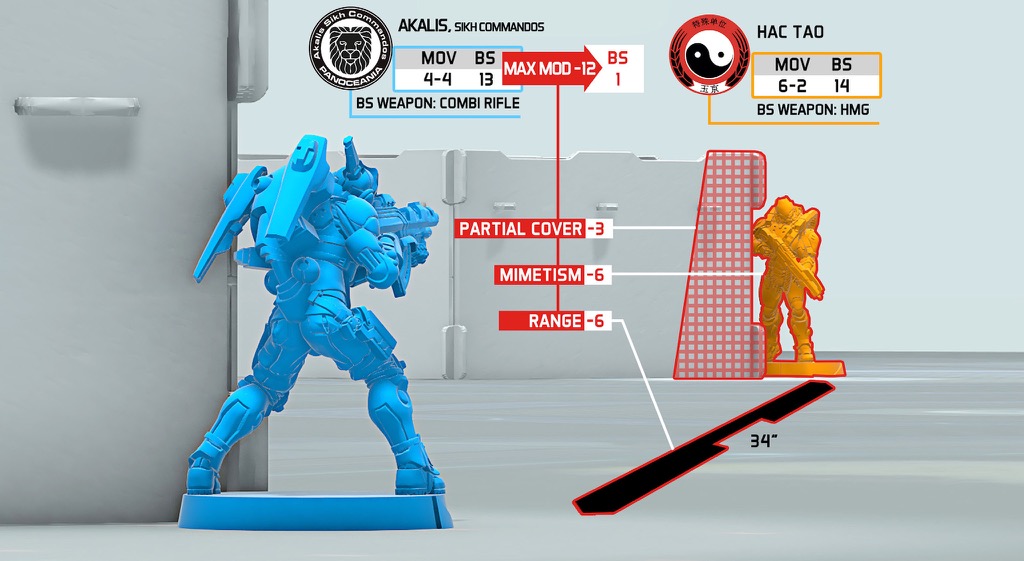 In these cases, any result of 20 or more on the roll is a Critical, if applicable. Success Values above 20 (either from positive MODs or plainly stated in the Unit Profile) increase the chance of obtaining a Critical result.

Breaking Ties
Face to Face Rolls can result in a tie. In the event of a tie (Criticals or not), both rolls cancel each other, no effects are applied and the Order is spent. 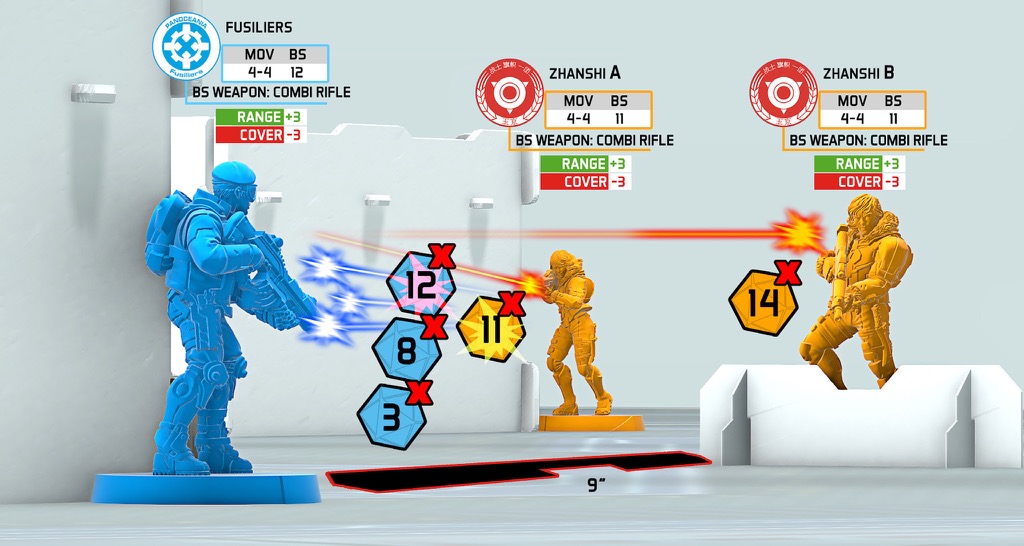 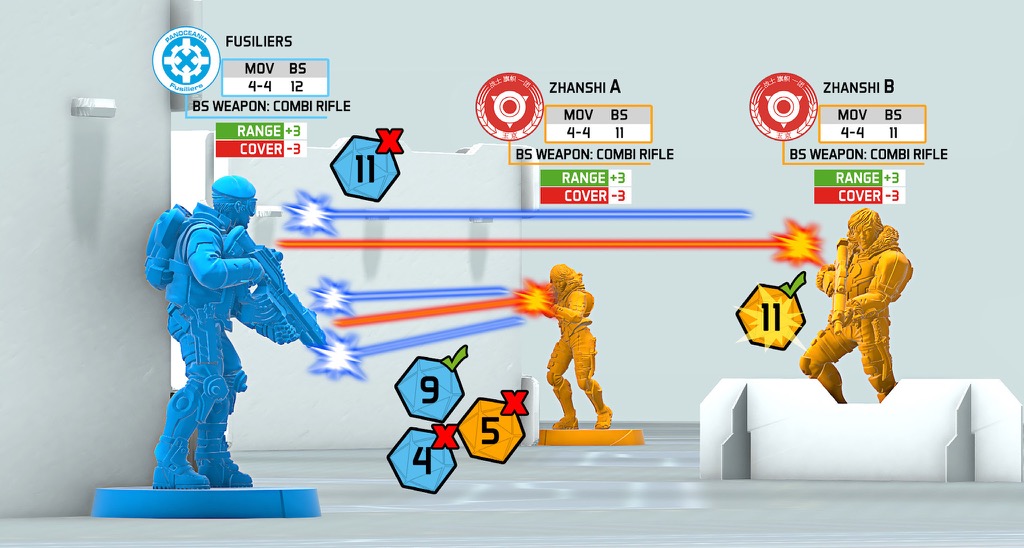