This Skill allows the user to locate enemies hidden in the form of a Marker, forcing them to reveal the Trooper, Weapon, or Equipment that the Marker represents.

A common combination in an Order is Discover + Attack. This tactical maneuver allows you to declare an Attack against a Camouflaged enemy, which cannot normally be done. 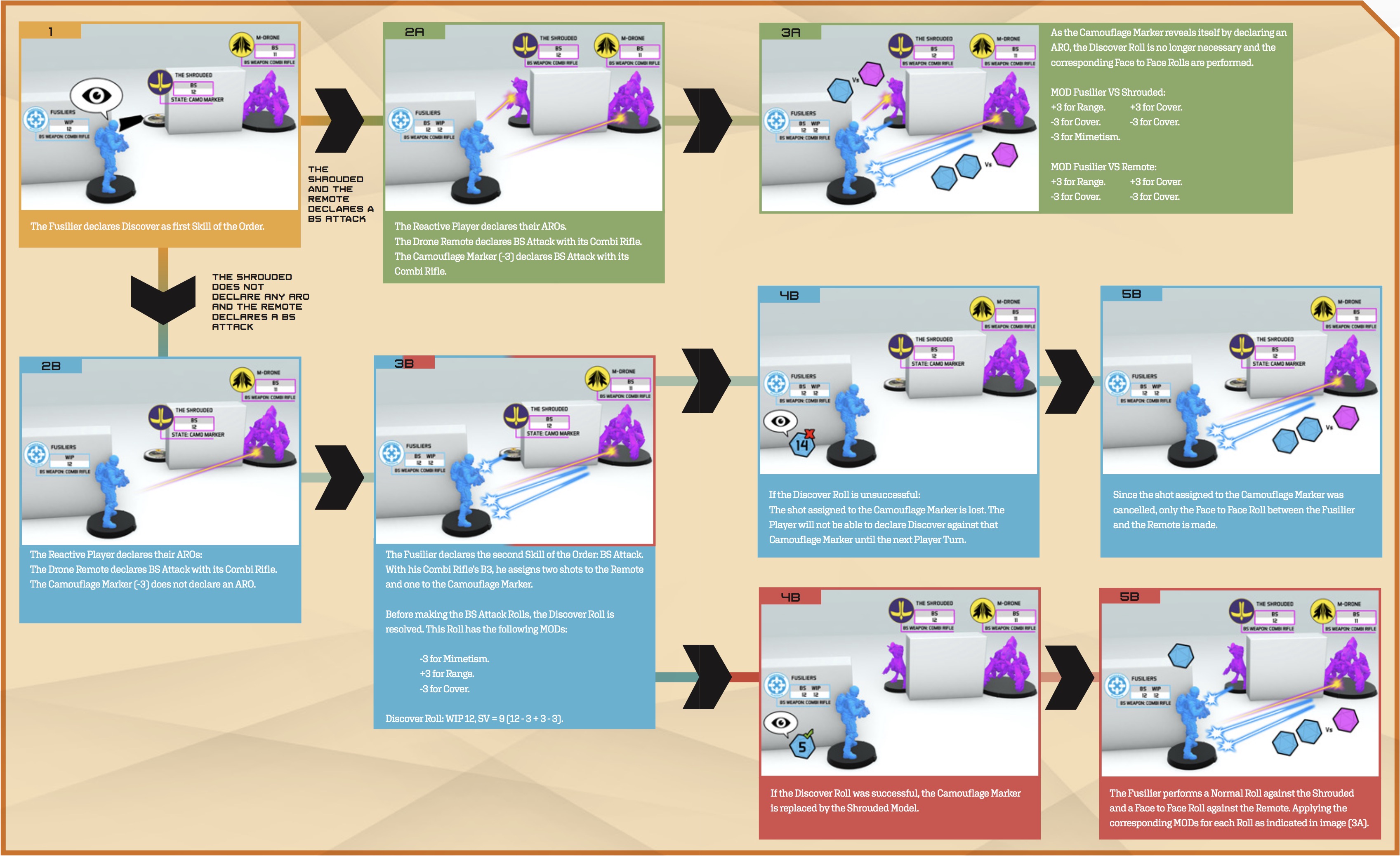