Occasionally, during a game, it is necessary to replace a Game Element like a Trooper, or a piece of Equipment, with another Model or Marker due to a Special Skill, piece of Equipment, game condition, or scenario condition. For simplicity, these definitions always refer to the term Trooper.

However, some Special Skills, pieces of Equipment, game conditions, or scenario conditions require the replacement Trooper to have a different Silhouette Attribute value and base size.

In this case, the player has two options to choose from:

However, this rule cannot be used to cancel Engaged State.

Where the replacement is mandatory and inevitable, because of a rule, Special Skill, or piece of Equipment that has the Obligatory Label, the following must be taken into account:

This State can only be cancelled by the conditions of the space containing the Trooper changing, and may not be cancelled in the usual manner defined by the State itself.
Pieces of Equipment will be removed from the gaming table instead of entering Immobilized-A State. 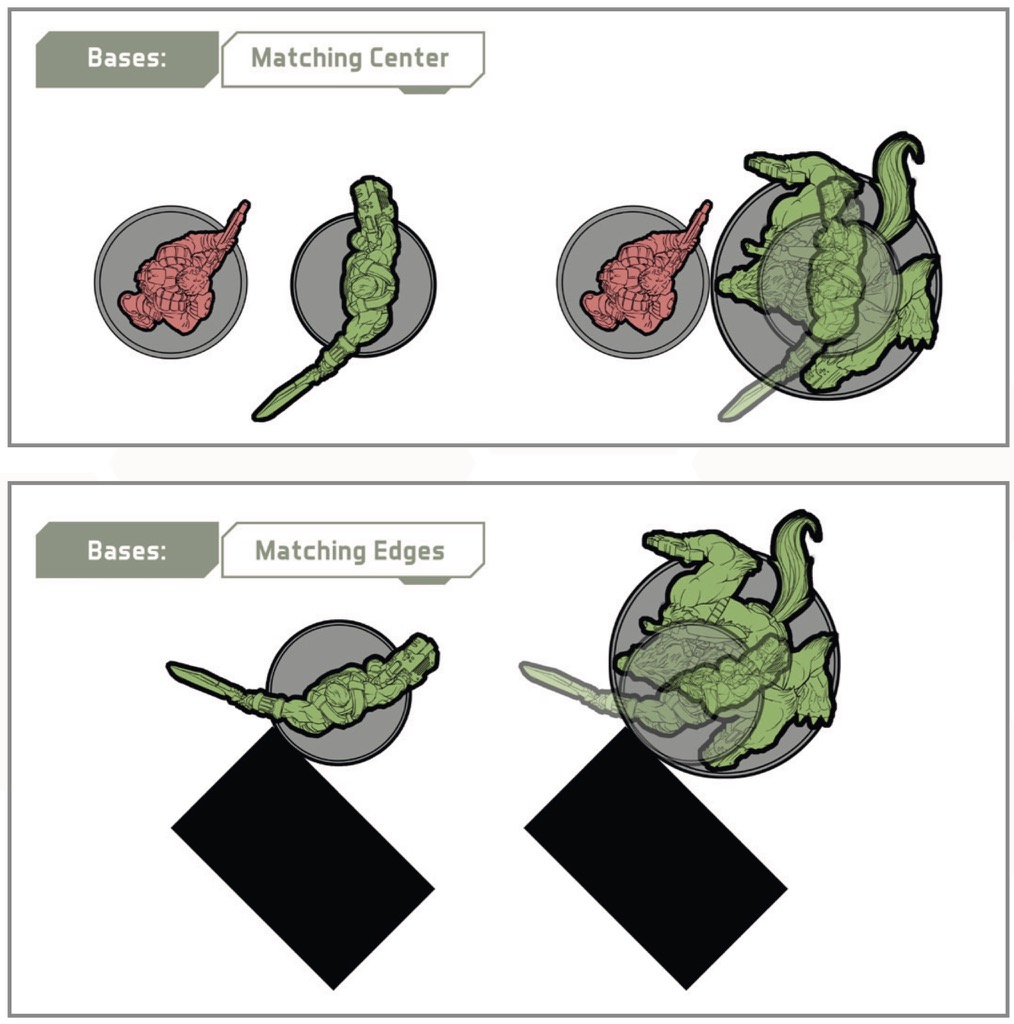