At the end of each Game Round, but not before, the table is divided into four areas as seen on the map. Each player then checks how many Quadrants he is dominating and counts their Objective Points.

A Quadrant is considered Dominated by a player if he has more Victory Points than the adversary inside it. Only Troopers represented by Models or Markers count. Troopers in a Null state do not count. Tokens and Markers representing weapons or pieces of Equipment (like Mines), and those that do not represent a Trooper do not count either.

A Trooper is considered inside a Quadrant when more than half the Trooper's base is inside that Quadrant.

Troopers with the Shasvastii Special Skill who are located inside a Quadrant will always add their Points to the total while they are in Normal state or Shasvastii Embryo state.

There are 4 Consoles, placed on the center of each Quadrant (see map regarding game table size). Each Console must be represented by a Console A Marker or by a scenery piece of the same diameter (such as the Human Consoles by Micro Art Studio, the Tech Consoles by Warsenal or the Comlink Console by Customeeple).

For the purposes of this scenario, only Doctors, Engineers, Forward Observers, Hackers, Paramedics, Specialist Operatives, and Troopers possessing the Chain of Command Special Skill are considered Specialist Troops.

If a Player finds, during the Tactical Phase of his Player Turn, that the Troopers of his Army List who are not in Null state do not add up to the minimum number of Victory Points indicated in the Forces and Deployment Chart, then the mission will be over at the end of that Player Turn. 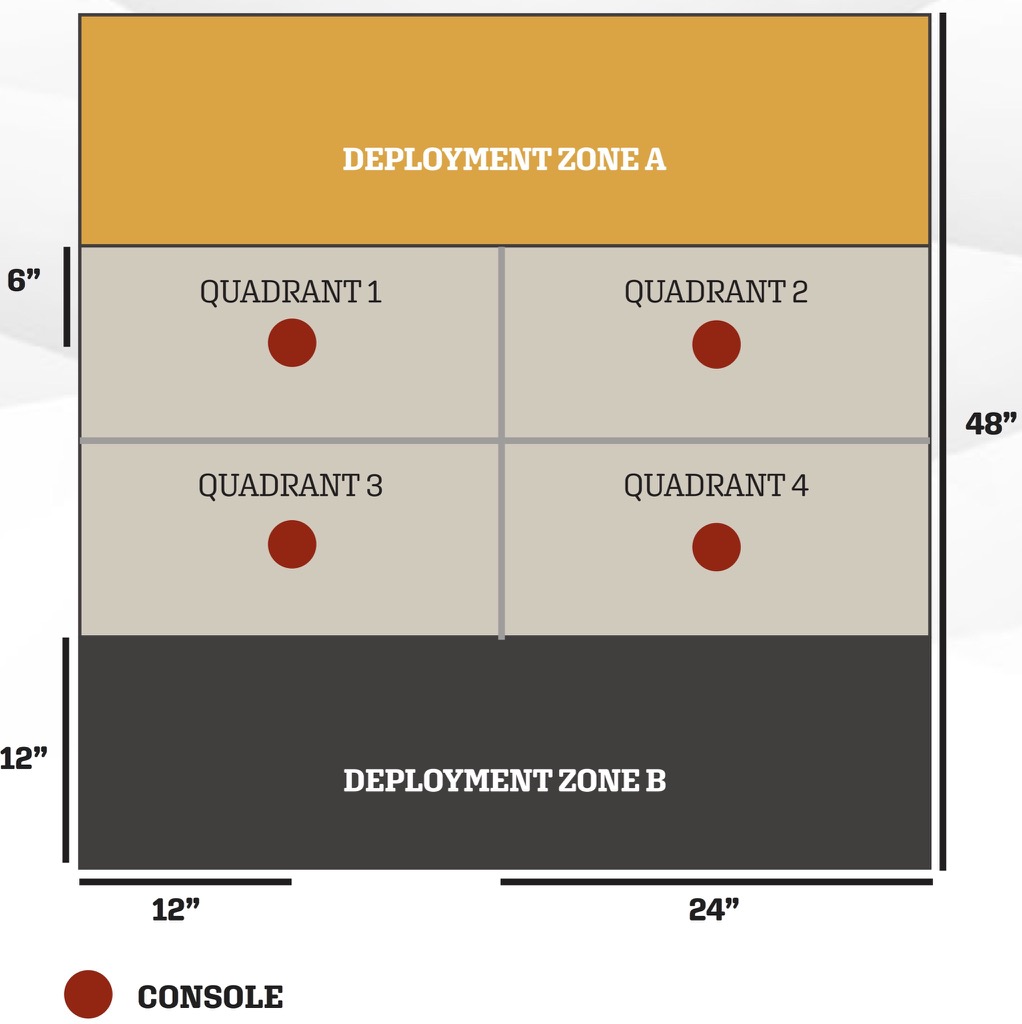 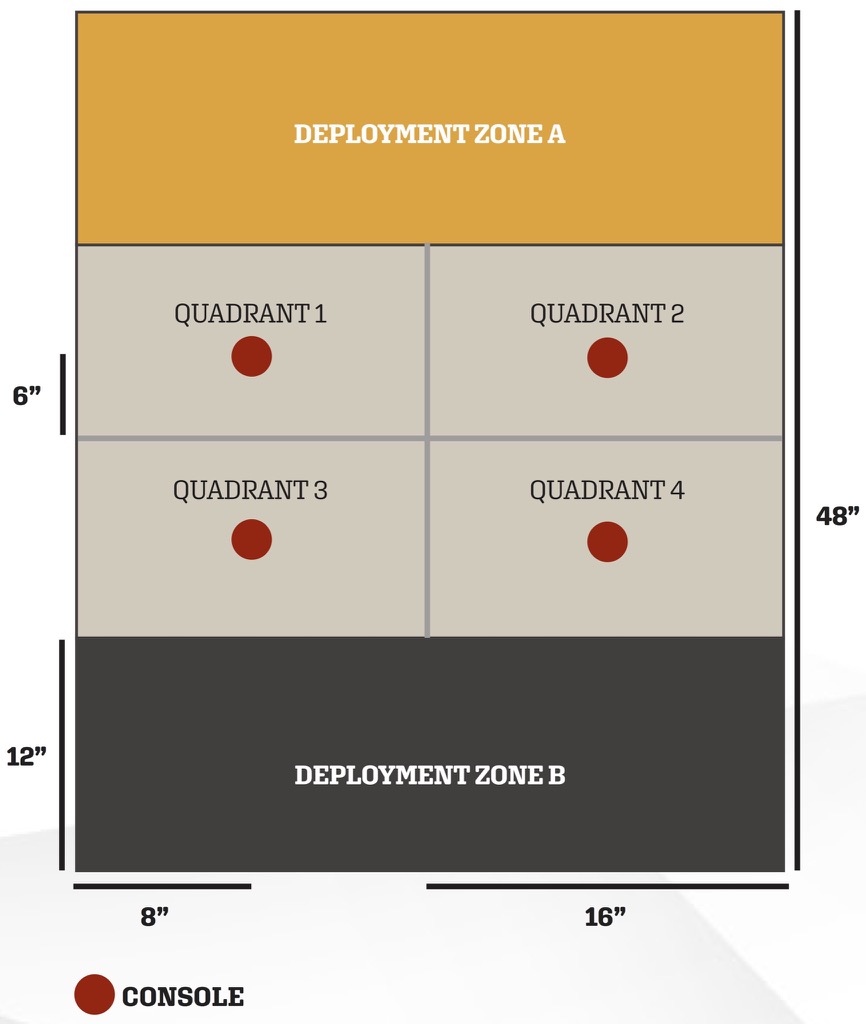 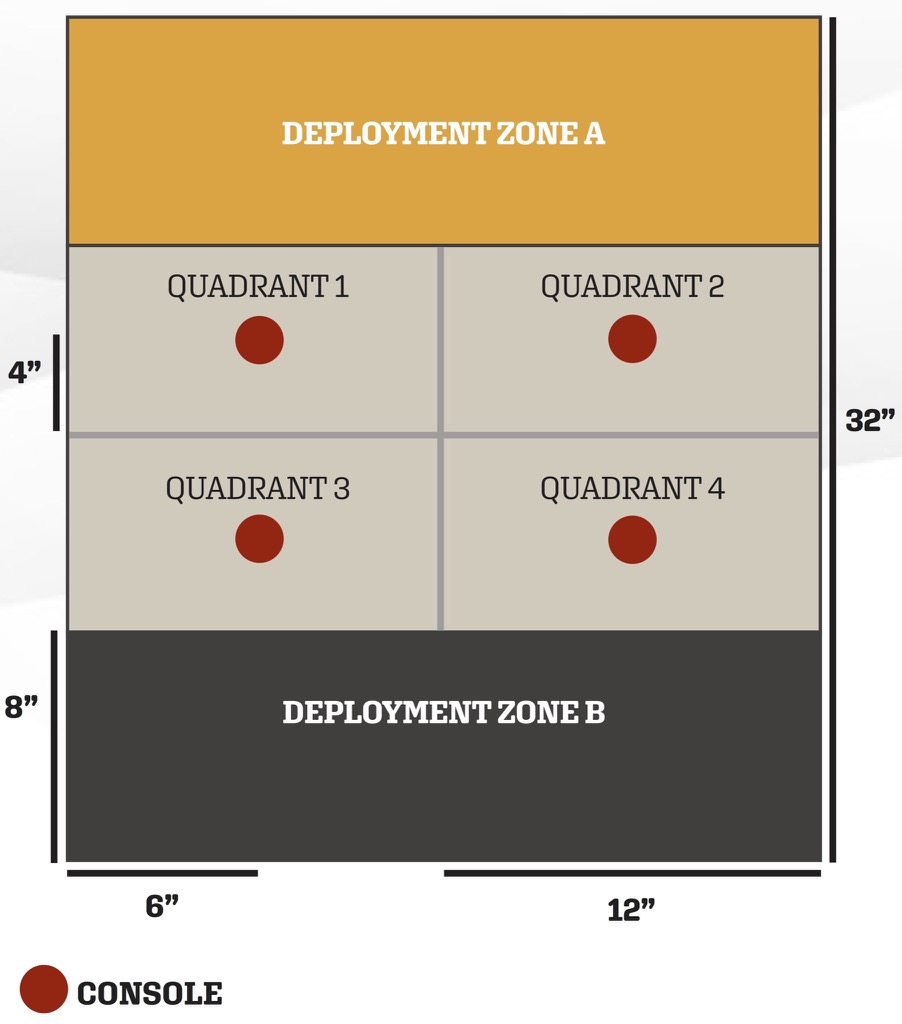