BS Weapons and Equipment that use a Template have an Area of Effect that affects not only the main target, but also an area of the game table determined by the size of the Template.

The Main Target of a Template Weapon or Equipment is a Game Element that can be designated as a valid target for the BS Attack, from which the MODs applied to the Roll are determined, if a Roll is required. This Roll will be opposed separately, one by one, by the rest of the Enemies affected by the template.

There are two types of Weapon and Equipment Templates:

If the Main Target is outside the Area of Effect of the Template Weapon or Equipment, the BS Attack is automatically considered a failure and no Game Element will be affected by the Template.

The height of the Templates used by Template Weapons and Equipment is equal to their radius, or half their width (except for those Ammunitions whose Traits otherwise specify it). 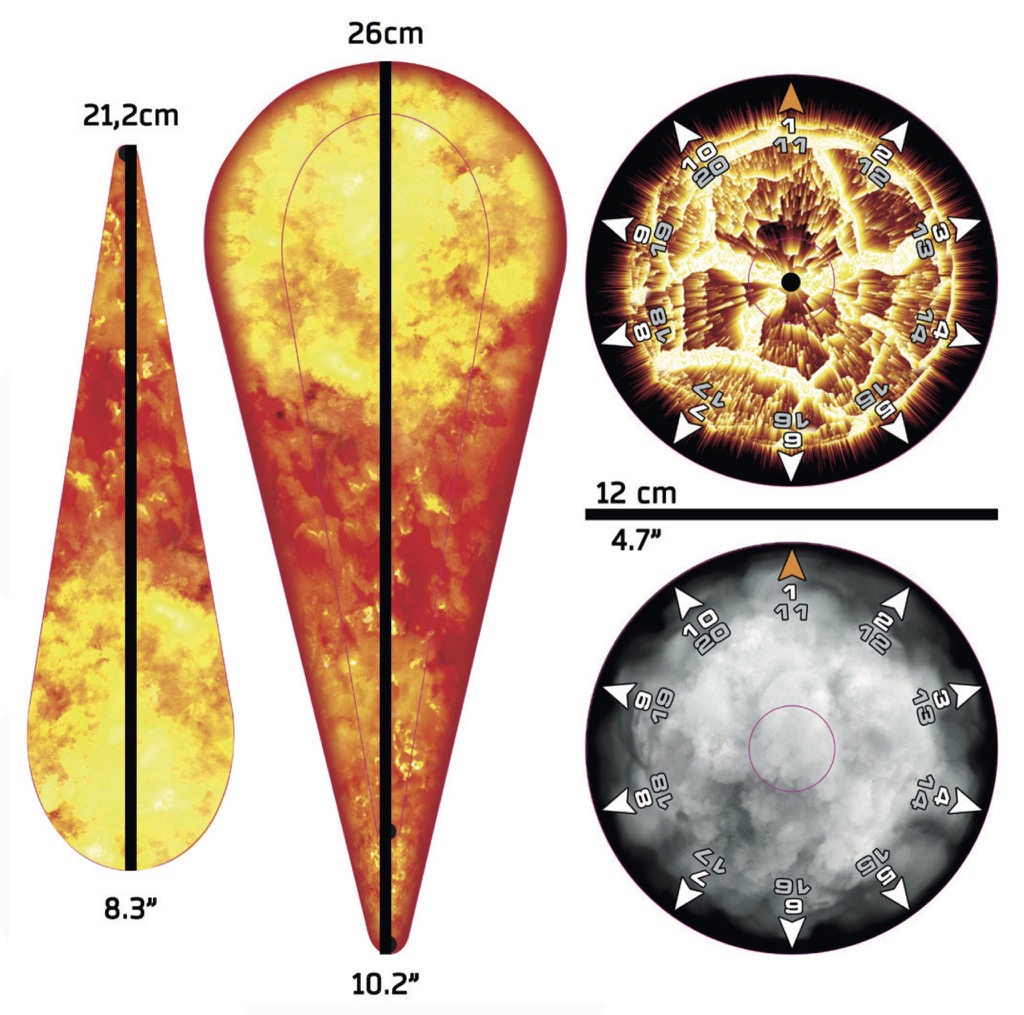 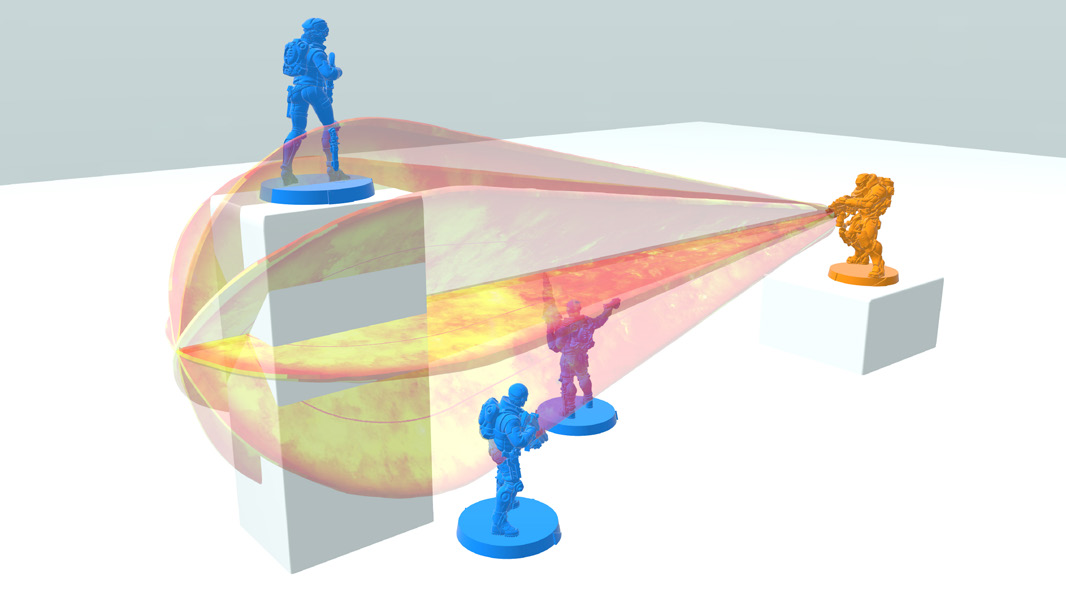 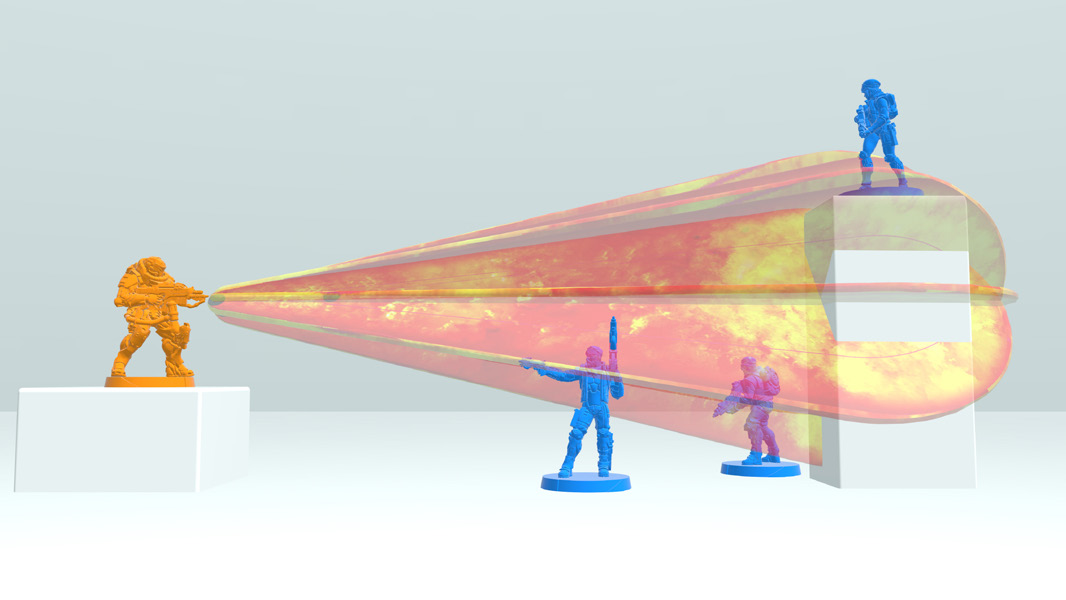 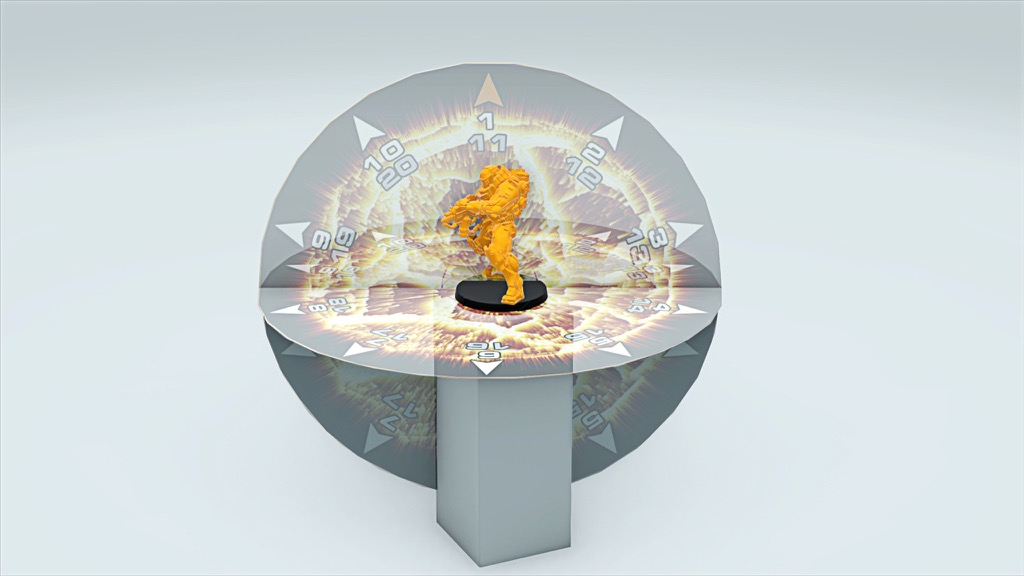 Troopers affected by a Template Weapon do not benefit from the -3 Attack Damage MOD for Partial Cover.

A Template's Area of Effect may be determined by the presence of scenery elements on the game board, as seen in the graphics.

The Blast Focus is the center of the Circular Template and the narrow end of the Teardrop Templates.

LoF from the Blast Focus to a Trooper may only be drawn within the Area of Effect of the Template itself. 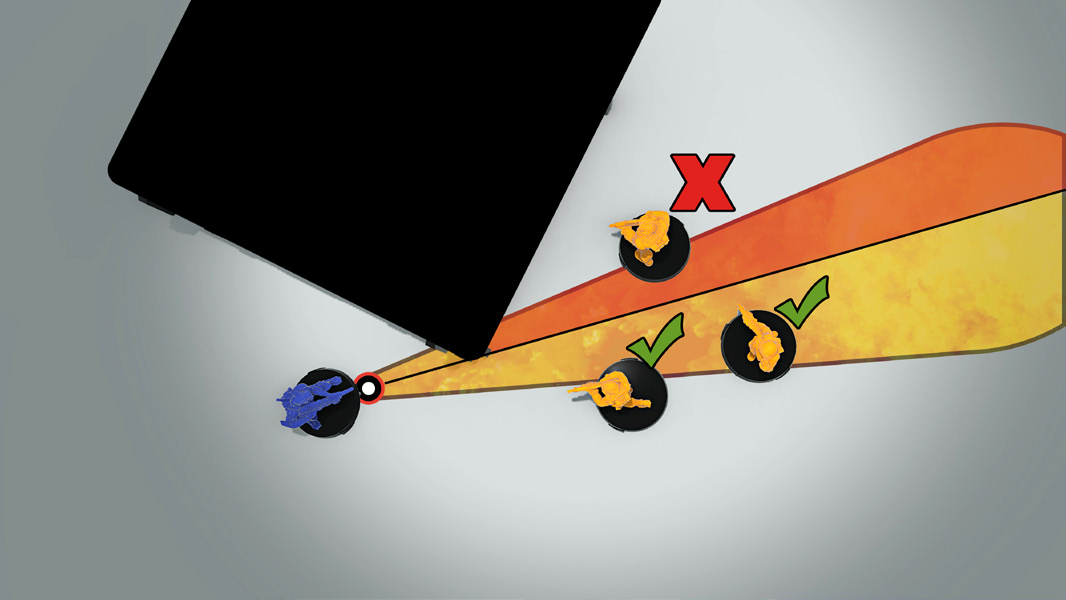 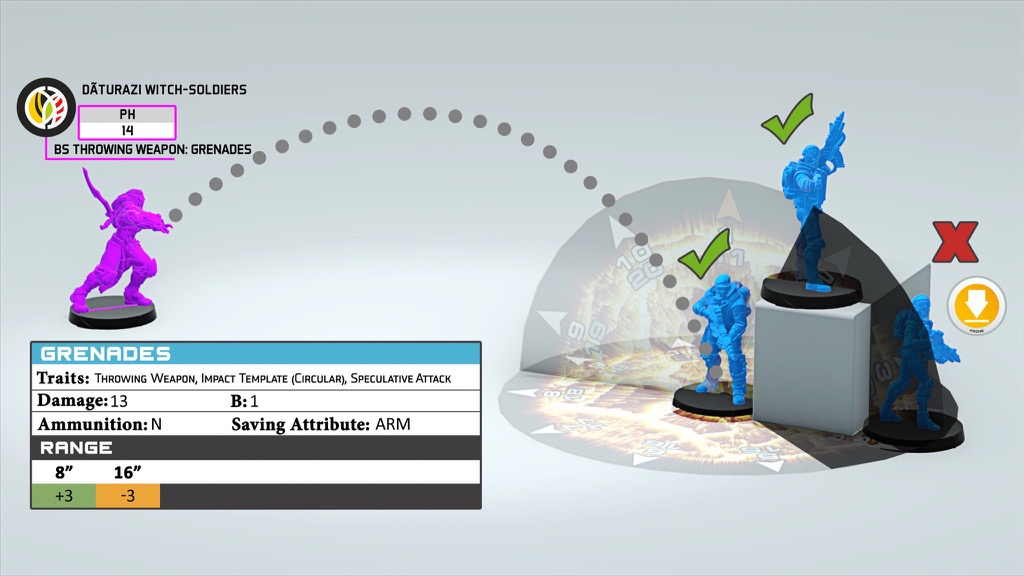 By performing an Attack with an Impact Template, the Circular Template is centered on the underside of the Main Target’s Base, regardless of the impact point on the target. Any Game Element in contact or within the Area of Effect of the Circular Template will also be affected by the Attack.

As we see in the picture, thanks to the scenery element, it is not possible to draw a LoF from the Blast Focus to Trooper 3, who is therefore unaffected.

Declaring Attacks against Allied or Neutral Troopers is not allowed, nor is it allowed to perform Attacks that may affect them, unless the Template lacks a Damage Attribute value and does not inflict States. Therefore, if when declaring an Attack with a Template Weapon, an Allied or Neutral Trooper would be affected by the Template, that shot is cancelled (but not other shots of that same Burst that have no Allies or Neutrals within their Area of Effect). Any reactive Troopers within the Area of Effect of the cancelled shot can still declare AROs.

In this case of a cancelled shot, if a Weapon with the Disposable Trait was used, the initially declared use is still consumed. 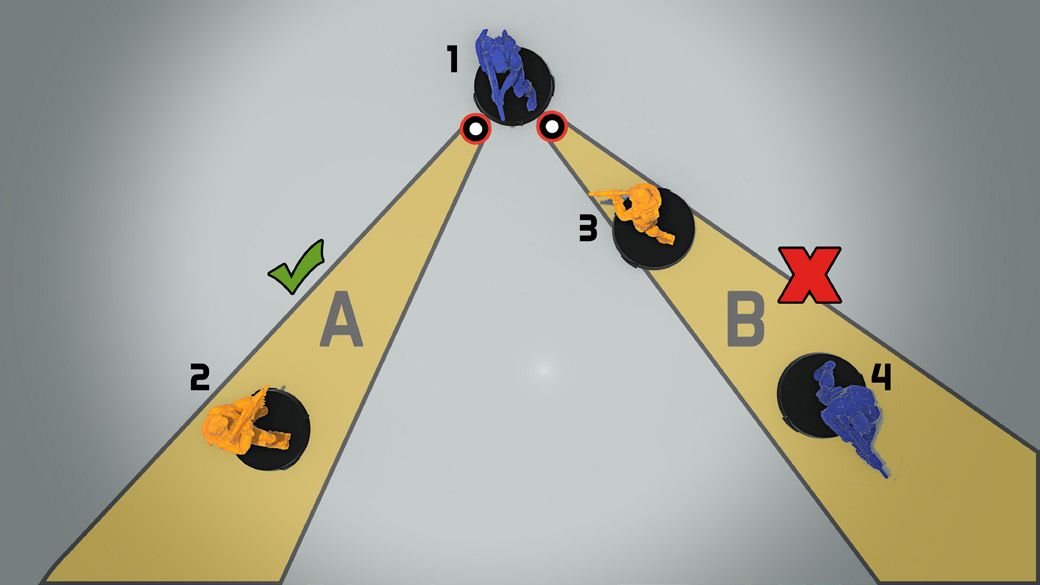 Trooper 1 has B2 with their Chain-colt, when declaring BS Attack against Troopers 2 and 3 it is checked that the B Template affects Trooper 4 (Allied or Neutral). Template B is therefore cancelled.

Troopers 2 and 3 may declare ARO normally.

Template Weapons placed on a group of Troopers engaged in Close Combat will always affect every Trooper involved, even if, due to the Template’s placement, it contacts only some of them. Players must take this into account, since Attacks cannot be performed against Allied Troopers.