Common Skill that allows placement of Deployable Weapons and pieces of Equipment on the game table.

Weapons and pieces of Equipment with both the Deployable and the Perimeter Trait have the following additional rules:

Deployable Weapons and pieces of Equipment have their own profiles with Attributes, and can be designated as targets in games. 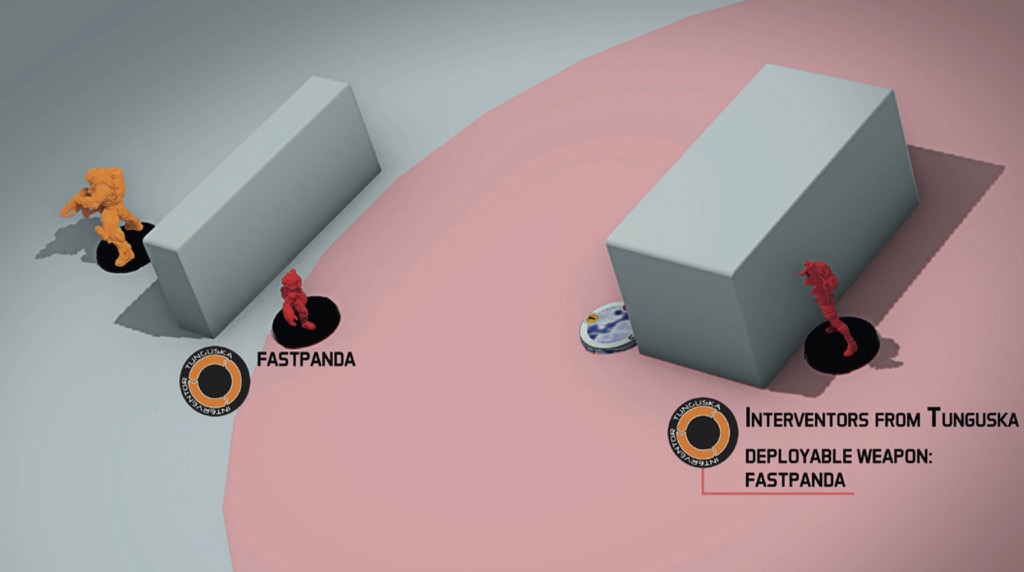 During her Active Turn, an Interventor with a Hacking Device Plus wants to declare a Comms Attack against the Jujak, who is clearly outside her Hacking Area.

To avoid the Camouflaged Marker that stands in her way, she declares Place Deployable and places her FastPanda (Repeater, Deployable, Perimeter) as shown in the picture. She may place it with the Marker in its Zone of Control because the FastPanda has the Indiscriminate Trait, and in addition there is also a non-Camouflaged Enemy Model in its ZoC. 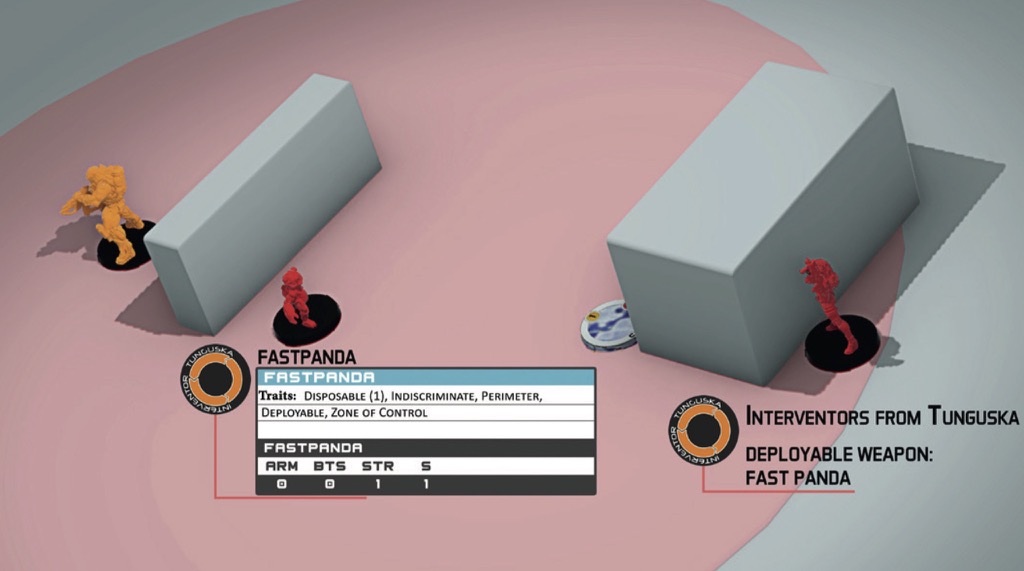 Once placed on the game table, when the Order concludes, the FastPanda is activated and its Repeater may be used to Attack the Jujak.

Q: When using Place Deployable and declaring where the Deployable will be placed, what happens if a Trooper moves into that space before the Conclusion of the Order?