In Infinity, Troopers have a Line of Fire (LoF) angle of 180°, that is, they can see with the front half of their base, as shown on the base of the miniatures. 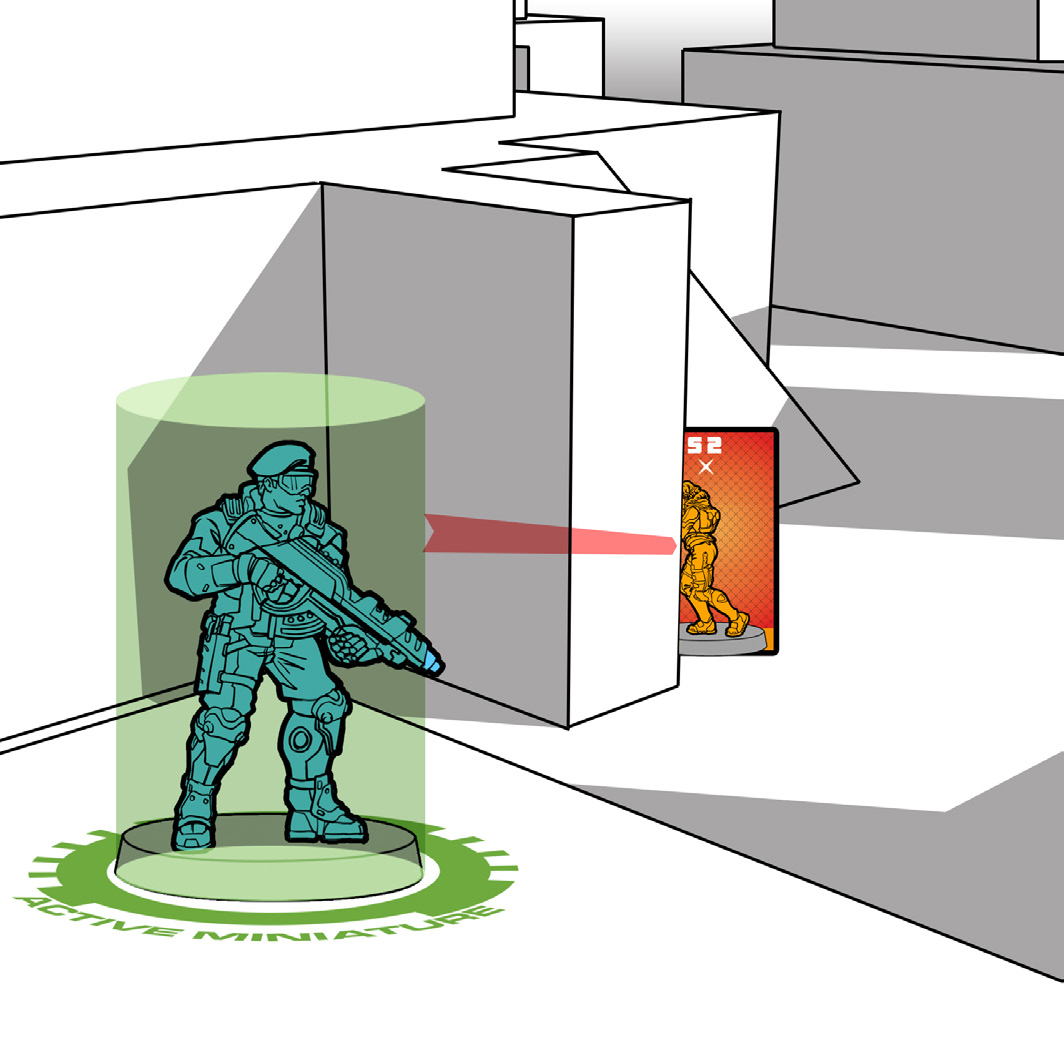 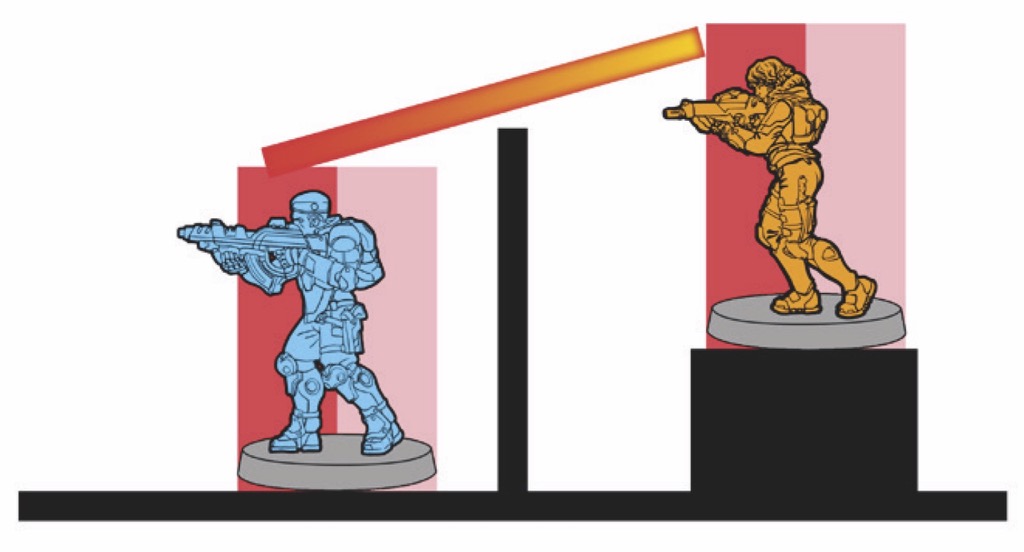