Intuitive Attack represents those times when a soldier perceives movement through the corner of his eye and instinctively sprays the area with his weapon in the hopes of unearthing a hidden enemy. 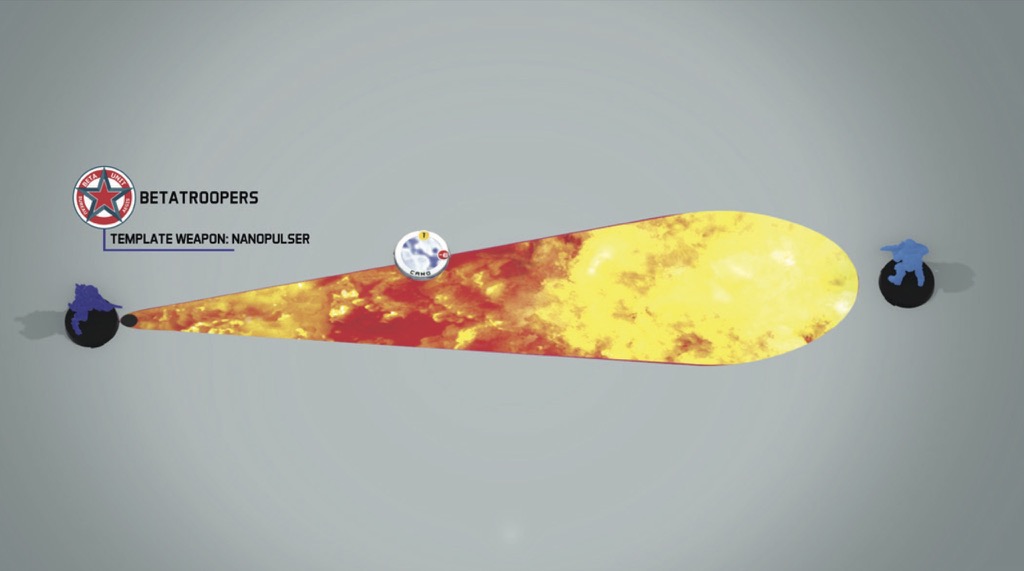 The Betatrooper declares Intuitive Attack against the Camouflaged Marker [CAMO].

The Marker [CAMO] has two options:

In this situation, if the Fusilier was affected by the Template, his Roll would oppose the Betatrooper's WIP Roll.